RIO DE JANEIRO – At about 3:20 p.m. on the most sweltering day of these Olympics, Brazilian beach volleyball legend Emanuel heads to work inside Copacabana Stadium.

His uniform Monday is a navy blue polo shirt with a logo representing Globo, the Brazilian broadcaster.

Five months earlier, Emanuel retired at age 42 after coming up shy of making his fifth Olympic team with synonymous partner Ricardo. Like many Olympic legends in many countries, Emanuel still wanted to be part of the Games, so he chose a TV gig.

On Monday afternoon, the temperature is 90 degrees.

It feels hotter and stickier than any previous day of the Games. This is the weather many expected when they arrived in Rio, not the windbreaker 60s and 70s of most of the first nine days of competition. This is winter time in the southern hemisphere, but this is also Brazil.

The beach volleyball slate on this day is the men’s quarterfinals. First up, the most anticipated match of either the men’s or women’s tournaments thus far.

Brazil’s Alison and Bruno are ranked No. 1 in the world and favored to win gold this week.

They suffered one surprising loss in group play last week, to an Austrian pair that had failed to make it out of the group at the 2012 Olympics and would ultimately lose in the round of 16 here.

That defeat wrecked the bracket for the knockout rounds. Alison and Bruno would finish second in their group and likely be drawn into a quarter with another dangerous team.

Unfortunately for Americans Phil Dalhausser and Nick Lucena, they were that team. Dalhausser, a 2008 Olympic champion with Todd Rogers, and first-time Olympian Lucena, went 3-0 in their group.

Last summer, they reunited as partners for the first time since 2005 and almost immediately became the top challengers to the world champions Alison and Bruno.

This season, Dalhausser and Lucena have won four tournaments on the FIVB World Tour, most of any pair. In four meetings with Alison and Bruno in the last year, they are 2-2.

Emanuel, who won a record 76 international tour titles, is aware of the storyline, these players and what is at stake.

He and Ricardo lost to Dalhausser and Rogers at the 2007 World Championships. He and Alison lost in the 2012 Olympic final.

Beach volleyball is one of Brazil’s core sports, but it has been eight years since a Brazilian pair last won Olympic gold. That was, of course, Ricardo and Emanuel in Athens.

“For the Brazilian people, we deserve to have someone win here, just to bring back the pride of being Brazilian,” Emanuel said Monday.

On Aug. 5, Emanuel was one of eight Brazilian legends chosen to carry the Olympic Flag into the Maracanã. (Another of those legends, Olympic basketball scoring record holder Oscar Schmidt, is the uncle of Bruno)

On Monday, Emanuel was stopped twice for pictures on a 20-yard walk from the media center to the bottom of this temporary stadium as he prepared to call the Alison-Bruno and Dalhausser-Lucena match.

The thing is, Emanuel was walking in an accredited zone. No fans allowed. It’s a sparse area. Half of the people he passed stopped him.

Emanuel eventually made it to his commentary booth and covered Alison and Bruno’s 21-14, 12-21, 15-9 quarterfinal win over Dalhausser and Lucena. Alison and Bruno knocked off their biggest rivals, moving two wins from ending the drought.

The magnitude of this match was not lost on Mother Nature. Incredible wind gusts picked up just as play began and grew more powerful over the 49 minutes of play.

The late-arriving crowd put on jackets, at least the ones who figured to pack them.

By the end, it felt dangerous walking across the highest row, just below the flag poles. Many of the flags, including Brazil’s, looked on the brink of detaching (support rings on the flag bottoms had flown off the top of the poles) and landing either on the sand or being engulfed in the visible waves of the sea to the east.

“The wind changed the game a lot,” Emanuel would say afterward.

“They [Alison and Bruno] played like there wasn’t any wind,” he said.

Alison is the center of attention in any match he plays. This is because he is 6 feet, 8 inches, with a nickname befitting his presence – “Mammoth” or “Woolly Mammoth” – inspired by the 2002 “Ice Age” animated film.

Hiding under Alison’s jersey is a mammoth tattoo on his right side that took six hours to ink in December 2010.

He has also been called the “Brazilian Beast,” a variation of Dalhausser’s nickname, the “Thin Beast,” which he has also taken to.

On Monday, Alison lived up to all the attention and the nicknames. He dug, he spiked, he blocked. Especially in the third set.

“In my opinion, he was the best player on the court today,” said Dalhausser, who is one inch taller than Alison but about 50 pounds lighter.

Alison also revved up the 95-percent Brazilian crowd. He waved his giant arms. He bellowed. He darted for a corner of the court after match point, wrapping a woman in his arms.

“I have played Brazil in Brazil a few times in my career,” Dalhausser said. “This was by far the craziest.”

Alison speaks little English and does a post-match interview with a translator.

An American reporter asks about his body language. Alison’s eyes widen, and he grins as the reporter gestures with his arms. He doesn’t need the question to be translated.

In 2012, Alison and Emanuel were the top seed in the London Olympics. Emanuel was so decorated then that 25-foot statues of him and Kerri Walsh Jennings were on display in nearby St. James’s Park.

Alison and Emanuel made that Olympic final and were upset by Germans Julius Brink and Jonas Reckermann in three sets at Horse Guards Parade.

“The next Olympics is at home in Rio,” Alison reportedly said after the defeat, “and I'm happy about that."

Like Dalhausser and Lucena, Alison and Bruno were partners more than a decade ago, until Alison left their shared hometown of Vitoria for Rio in 2006.

They reunited two years ago and are, obviously, a strong match.

After match point Monday, as Alison high-fived and hugged crowd members, Bruno stayed on the court and offered a simple fist pump. His eyes met those of friends and family members. He stood near the net and soaked it in.

If anything, this felt like the Brazilian pride that Emanuel spoke about.

Alison and Bruno return for the semifinals Tuesday against Dutch pair Alexander Brouwer and Robert Meeuwsen, the No. 2 seed.

The final is Thursday at 11:59 p.m. local time, and it could be a very prideful night.

“Alison likes to play off this crowd,” Bruno said. “I just want to be in the ship with him and let the things flow.” 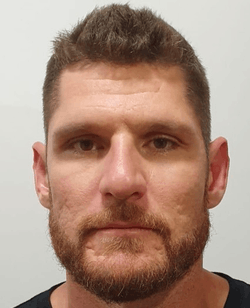