China's Wu Minxia is the greatest champion in Olympic diving history after she and partner Shi Tingmao took gold in the women's synchronized 3m springboard on Sunday afternoon at the Maria Lenk Aquatic Center in Rio de Janeiro.

Wu and Shi totaled 345.60 points on their five dives, finishing a comfortable 31.77 points ahead of Italy's Tania Cagnotto and Francesca Dallapé, who took the silver with 313.83 points.

Australia's Maddison Keeney and Anabelle Smith, who were in last after the first two rounds, stormed back to place third to secure the bronze medal with 299.19 points, narrowly edging Canada's Jennifer Abel and Pamela Ware by just 0.87 points.

The victory for China nets Wu a haul of Olympic records, including the most diving gold medals by an individual in Olympic history, breaking a six-way tie and leaving Greg Louganis (USA), Pat McCormick (USA), Fu Mingxia (CHN), Guo Jingjing (CHN) and Chen Ruolin (CHN) behind. Chen will compete in the women's synchronized 10m platform event on Tuesday at 3pm with a chance to reclaim a share of the record.

Brazilian diving fixture and Rio native Juliana Veloso, who has competed in the 2000, 2004, 2008, 2012 and now the 2014 Summer Olympics, made her final Olympic dive on Friday alongside Tammy Takagi. The 35-year-old mother of two planned to retire after the London Games, but in 2009, upon hearing that Rio was awarded the 2016 Games, jokingly recalled thinking, "Oh no, I have to dive four more years!"

Diving resumes in Rio on Monday at 3pm with the men's synchronized 10m platform event, where David Boudia and Steele Johnson will be the first American's to enter the pool. 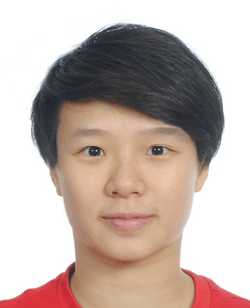