From the third straight gold medal for the U.S. women’s eight to Mahe Drysdales stunning win in the men’s single in one of the closest margins in Olympic history, from Gevvie Stone’s “never say die” racing throughout the regatta to take Olympic silver in her first ever top-level podium to Great Britain’s dominance of the events, there were plenty of thrills and great stories that unfolded on the waters of Rio’s Lagoa Rodrigo de Freitas during the 2016 Olympic Games.

While fears of contaminated water and athlete illness proved to be unfounded, two cancelled days of competition and a rough opening day that left competitors in the water were the rowing stories early in the week.    And, while a total of 21 countries won rowing medals on the Lagoa, including a historic first medal win for Ireland’s O’Donovan brothers, the U.S. men had a historically poor showing, finishing without an Olympic medal for the first time since 1912.

The U.S. women, returning only two athletes from the crew that won gold in London 2012, iced the race in the last 500 meters to claim a third consecutive gold medal and extend the U.S. winning streak in this event at world championships and Olympics to 11 years.

Gevvie Stone, rowing in rough conditions that reminded her of her hometown Boston waters, claimed a silver medal behind Australia’s Kim Brennan

Mahe Drysdale, behind late in the men’s single’s final to Croatia’s Damir Martin, pulls it out on the line to win in a photo finish.

The New Zealand men’s pair of Eric Murray and Hamish Bond claim victory and their second consecutive Olympic gold medal, and extend their unbeaten streak to eight years and 69 races.

Great Britain’s men and women claimed five medals in Rio for the top spot in the rankings, including winning both the men’s eight and the men’s four

Ireland’s Gary and Paul O’Donovan brothers claimed an historic silver medal, Ireland’s first-ever Olympic rowing medal, in the lightweight men’s double sculls.  The U.S. crew of Andrew Campbell and Josh Konieczny finished fifth in the race for the U.S.’s highest finish ever in the event.

Rough waters affected the competition on rowing’s first day, putting at least one boat into the drink and drawing withering comments from athletes and coaches alike. 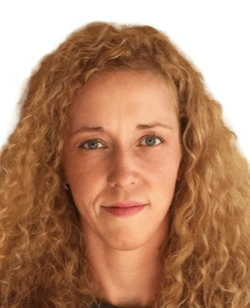