Russia reigned supreme yet again in the rhythmic gymnastics competition at the Rio Olympics, but athletes from all over the world dazzled the Olympic Arena with their mastery of the hoop, ball, clubs and ribbon. Watch some of the most memorable moments.

Kudryavtseva was nearly unbeatable over the last four years, making history by winning her first all-around title at age 15 at the 2013 World Championships, then claiming the title again at the next two Worlds. In 2014 and 2015, it was Mamun--Kudryavtseva's close friend and training partner--who won silver. Kudryavtseva looked primed for another victory at the Rio Olympics, but in the last moments of her clubs routine she dropped the apparatus. Mamun was nearly perfect in her own routines, allowing her to win the Olympic gold.

While Zeng's qualifications score put her in 11th place, just a few tenths of a point away from advancing to the 10-woman final, her clean performances were reason enough to celebrate. She matched the previous record for highest Olympic finish by a U.S. rhythmic gymnast, set by Valerie Zimring at the 1984 Los Angeles Olympics.

With their precise and complex routines, the five women of Russia's rhythmic gymnastics group showed why no other country has won the Olympic group title since 1996.

At the 1996 Atlanta Olympics, the U.S. was granted a berth in the rhythmic gymnastics group competition because they were the host country. At every Olympics since, the U.S. fell short of qualifying a group--until Rio. While the U.S. group didn't advance to the final, they recovered from a shakey ribbons routine to cleanly execute their hoops and clubs routine. While awaiting their scores, the five women tearfully hugged as they realized how much they accomplished simply by earning a place on the Olympic stage.

Rhythmic gymnasts put on a show with creative musical choices

Rhythmic gymnasts, both group and individual, are allowed to use music with lyrics for one of their routines. While classical music was still a popular choice, other gymnasts opted to perform to songs by Queen, the Rolling Stones, Fergie and even Madonna.

Every hoop, club and ribbon can cause injury, but there are no time-outs in rhythmic gymnastics

The U.S. rhythmic gymnasts fly around the world for competitions, with their hoop, ball, ribbon and clubs in tow 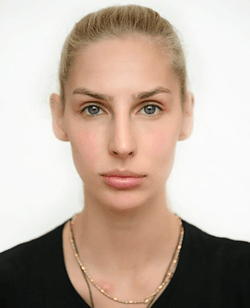 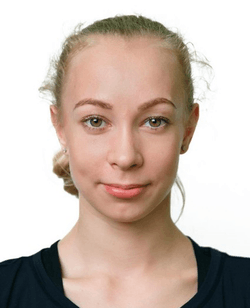