1471807800
at 1471807800 By: Eric Weeks
Share this
Watch all of the top modern pentathlon moments from the 2016 Rio Games.
The modern pentathlon is an unpredictable event that features fencing, swimming, show jumping, shooting and running which means anything can happen.
We saw this unpredictability first hand in the women's individual event. Defending gold medalist Laura Asadauskaite and gold medal favorite Lena Schoneborn were both eliminated in the horse jumping event, effectively taking them out of medal contention with one event remaining.
Enter Australian Chloe Esposito. Despite a 45 second time handicap in the combined run and shoot event, Esposito crossed the finish line first to secure Australia its first medal in the penathlon and what better way to start than with gold?
Share

Aleksandr Lesun was the favorite to win gold in the men's individual. He performed with a chip on his shoulder after narrowly missing out on a medal in London and he left little doubt as to who was number one.
Share

It wouldn't be the modern pentathlon without some spectacular horse jumping failures. After all, they are unfamiliar horses. 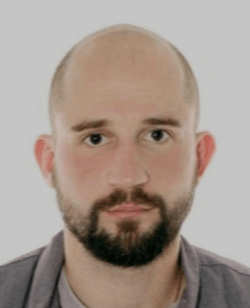