The Rio Olympic beach volleyball tournament, held on the iconic Copacabana beach, spanned over 18 days and boasted over one hundred matches. The tournament saw Brazil claim its first Olympic gold since the 2004 Athens Games, three-time defending gold medalist Kerri Walsh Jennings miss out on the chance to win her fourth consecutive gold , and three teams secure historic first Olympic beach volleyball medals for their nations. See the top highlights from the 2016 tournament below.

Four years after losing to the Italy’s Nicolai/Lupo in the Round of 16, Phil Dalhausser got his revenge, besting the duo 21-13, 17-21, 24-22 in the preliminary round alongside new partner Nick Lucena. The U.S. men remained undefeated in pool play but were eliminated in the quarterfinals by Brazilians Alison and Bruno Schmidt.

Brazil’s Alison and Bruno Schmidt, early medal favorites, were expected to easily escape pool play unscathed. However, in a stunning upset, the top-seeded duo fell to Austria’s Doppler/Horst in pool play. While Alison and Bruno were not eliminated from the tournament, they did lose the seed dedicated for the winner of Pool A entering the Round of 16.

Paolo Nicolai and Daniele Lupo went from “lucky losers” to Olympic silver medalists in the men’s beach volleyball tournament. Nicolai/Lupo entered the Rio tournament as the tenth seed and narrowly made it out of the preliminary round after losing their first match of pool play. However the Italians won a last chance lucky loser match to advance to the elimination round. While they fell to Brazil in the gold medal match, they did win their nation’s first ever Olympic beach volleyball medal.

While Adrian Carambula and partner Alex Ranghieri may not have advanced past the Round of 16, Carambula's signature mile high serve will not soon be forgotten.

Three-time Olympic gold medalist Kerri Walsh Jennings had her eyes set on a fourth gold. But when Walsh Jennings, alongside new partner and London silver medalist April Ross, fell in semifinals, the duo had no choice but to bounce back in the bronze medal match.

… but rally back for Bronze

After the duo was upended in the women’s beach volleyball semifinals, Kerri Walsh Jennings and April Ross had 24-hours to regroup, plan a new strategy and return to the sand for their last shot at a medal from the Rio Games. Fighting against their rivals, top-seeded Brazilians Larissa and Talita, Walsh Jennings and Ross won a stunning three-set match 17-21, 21-17, 15-9.

Dutch duo Alexander Brouwer and Robert Meeuwsen won Olympic bronze, taking home their nation’s first Olympic beach volleyball medal. The second-seeded pair was topped by Brazil’s Alison and Bruno Schmidt in the semifinals but bested Russia’s Krasilnikov/Semenov in the bronze medal match to secure a spot on the podium.

Laura Ludwig and Kira Walkenhorst entered the Rio Olympic beach volleyball tournament as the fourth seed and as outside medal contenders. The duo swept pool play and dropped only one set on their way to Olympic glory. They became the first German women’s team to win an Olympic medal.

Alison and Bruno Schmidt bring back gold to Brazil 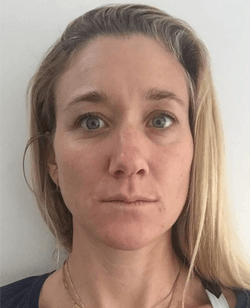 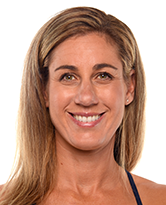 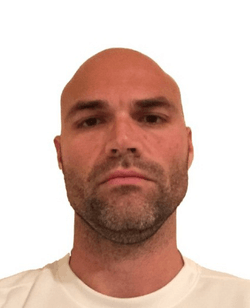