Entering the badminton tournament for the 2016 Rio Olympic Games, there were a few storylines to watch. Most notably, the potential Lin Dan-Lee Chong Wei showdown in the semifinal was something that everybody was anticipating, even in the intial stages of group play. Well, the inevitable occurred, and the two badminton legends gave us one of the greatest matches in history. Down 1-0, Lee won two games in a row, winning the third game 22-20, and finally getting the better of his nemesis, the great Lin Dan. Unfortunately, the tournament did not end well for the soon-to-be-retiree, Lee Chong Wei, as he lost to the up-and-coming Chen Long from China to win silver for the third straight Olympics.

The tournament gave us another fantastic story, and that is the story of Spain's Carolina Marin, the world's #1 ranked player. While everyone knew her immense talent, being ranked first in the world since the London 2012 games, her rise to prominence is the real story. As most everyone knows, the sport of badminton is most popular in the Asian countries, while the rest of the world is predominantly unfamiliar with it. Being a female player, and more importantly, being a female player from Spain, Marin can now perhaps cultivate the sport in a country and with a fanbase that could be willing to latch on to a new "sports hero." With her gold-medal performance in Rio, the Spaniard has single-handedly put Spain on the world map of badminton and that should be noted.

These two stories, Lin Dan leaving Rio without a medal, Great Britain's Marcus Ellis and Chris Langridge winning the bronze in men's doubles, and the success of the Danish in the tournament, are all memories that can be taken away from the 2016 Rio Olympic Games. Below are some of the other top moments from the past tournament. Enjoy! 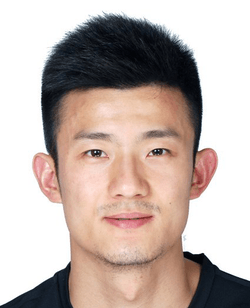