1519533420
at 1519533420 By: Shawn Smith
Share this
David Wise, Alex Ferreira and a woman representing Hungary were just a few of the skiers making headlines in PyeongChang.

Mikael Kingsbury continued his domination on the moguls course, while the freeskiers showed just how much halfpipe and slopestyle have progressed over the last four years. Here's a look back at some of the top moments from the PyeongChang Games in freestyle skiing.

Kingsbury had finished second behind countryman Alex Bilodeau at the last Olympics, but this time, he emerged with the gold medal and showed why he just might be the most dominant athlete in winter sports right now.

U.S. skier Jon Lillis and his two younger brothers, Chris and Mikey, dreamed of going to the Olympics together as aerialists. But last October, Mikey unexpectedly died in his sleep at the age of 19.

Lillis, the reigning world champion in men's aerials, made it to the Olympics and while there, honored his brother's memory. During the Opening Ceremony, he walked into the stadium while wearing a special pendant that contained some of Mikey's ashes. He then competed while wearing Mikey's old ski suit, making it into the second round of the finals and finishing in eighth place.

It's been an extremely progressive season for women's freeskiing, and for the first time ever, we're starting to see double corks in slopestyle.

A pair of Swiss skiers, Sarah Hoefflin and Mathilde Gremaud, landed variations of double corks in their slopestyle runs in PyeongChang and ended up taking the gold and silver medals.

At the Sochi Olympics, Nick Goepper was part of a historic U.S. medal sweep in men's freeski slopestyle, but his bronze medal left him wanting more.

This year in PyeongChang, Goepper had issues on his first two runs of the slopestyle final and looked like he might miss the podium altogether. He made it count on his third and final run though, coming through in the clutch to move up to second place and take home a silver medal.

Slopestyle skier Gus Kenworthy was one of two openly gay athletes competing for Team USA at the PyeongChang Games, and he fully embraced his role as a trailblazer and a metaphorical flag-bearer for the LGBTQ community.

Kenworthy didn't match his slopestyle success from 2014 — he finished 12th in PyeongChang after earning silver in Sochi — but he said that being true to himself at these Olympics made it a better experience in many ways.

Although Swiss skier Fabian Boesch was unable to advance out of the qualifying round for men's slopestyle, he did score major internet points when a video of himself riding an escalator went viral.

After an equipment malfunction on each of his first two runs, U.S. halfpipe skier David Wise's Olympic title defense was in a perilous position. But Wise came back on his third and final attempt to land an extremely technical run that included double corks spun in four different directions — something that no other skier except Wise had ever done before. And with that, he was able to win a second straight gold.

Afterward, Wise shared a heartwarming moment at the bottom of the halfpipe with his wife and his two kids.

After Alex Ferreira and David Wise started their trip to PyeongChang by getting matching tattoos, it was only fitting that they ended up on the Olympic podium together.

Ferreira was the most consistent skier in the men's halfpipe final — and arguably the most exciting to watch. He landed three incredible runs full of big amplitude and big tricks, improving his score each time, and nabbed a silver medal.

Nico Porteous has the run of his life

Nico Porteous, a 16-year-old from New Zealand, surprised even himself after putting down an absolutely insane run during the men's freeski halfpipe final.

Porteous was so shocked to see his score, which put him into the lead at the time, that he just dropped his skis and gasped. His score held up to win a bronze medal — just New Zealand's third Winter Olympic medal all-time.

Canadian skier Cassie Sharpe has taken the women's halfpipe world by storm, and in PyeongChang, she became the new Olympic champion with a dominant run that included back-to-back 900s and a cork 1080.

In 2011, French halfpipe skier Marie Martinod came out of a five-year retirement to make a run at the Sochi Olympics. She worked her way back up to the top ranks of the sport and won a silver medal.

At 33, Martinod is ready to call it a career (again). But first she returned to the Olympics and won another silver medal.

After a sixth-place finish in Sochi, U.S. halfpipe skier Brita Sigourney broke through to win a bronze medal in PyeongChang. And it all came down to her final run:

The Olympics feature a lot of feel-good stories about plucky underdogs from underrepresented countries. But in the case of Elizabeth Swaney, a 33-year-old from California who competed for Hungary in halfpipe skiing, her inclusion produced criticism and derision from many corners of the internet.

Whether you view her as a sincere athlete living out her Olympic dreams or as an opportunist who gamed the system to get here, you have to admit that her performance was memorable. See for yourself:

For the third consecutive Olympics, Canada won the gold medal in women's ski cross, and for the second consecutive Olympics, they also won the silver medal. Kelsey Serwa and Brittany Phelan, best friends even off the course, went 1-2 in an exciting big final that included reigning world champion Sandra Naeslund of Sweden.

Canada also took gold in men's ski cross thanks to Brady Leman, who previously finished fourth and narrowly missed out on a medal in Sochi. 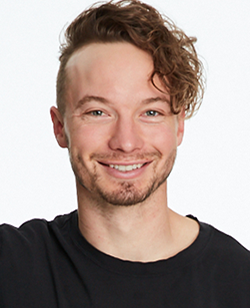 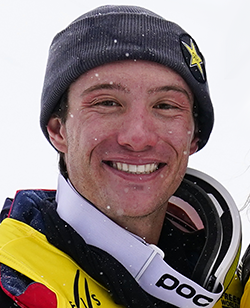