The 2016 Olympic Games provided some of the most dramatic and thrilling moments in handball competition. Take a look back at 10 of the best moments from the competition.

There became a point in the women's handball competition when it became Brazil's to lose. But the Dutch, students of the game that they are, just so happened to rip that page out of the script and write a new chaper.

Led by Estavana Pollman, the Dutch girls just outclassed Brazil in every way imaginable. They were faster, more disciplined, concise and much more aware of the situation. They did a wonderful job in taking away Ana Paula Belo's capability to ignite the team and seemlessly worked together on the fast break, picking apart the Brazilian defense. It was a magnanimous victory for the Netherlands, breaking the hearts of almost every fan inside of Future Arena.

Maybe the most back-breaking play of the entire competition, Argentina's Federico Pizarro managed a free throw past the Danish defense and into the goal at the end of the half, collapsed onto the ground in the process.

Unfortunately for Pizarro, and to his rage, the goal was disallowed because both of his feet were lifted off the ground prior to him shooting the ball. Nonetheless, it was an incredible display of athleticism that handball players must possess.

Bottom-dwellers and lone African representatives in most Olympic competitions, this year was supposed to be the same as any other Olympiad. This was a different year for them, though. There was pride to be had by this team this year. Luisa Kiala was her country's flag bearer. Every single goal by this team felt like a victory.

Angola opened up play by shocking Romania on the first day of play. Then, they double-downed with a victory over 2012 silver medalists Montenegro.

Angola displayed a certain resiliency that made up for much of the athleticism they lacked compared to other teams. Whether is was from Kiala, Natalia Maria Bernardo, Isabelle Evelize Guialo or Theresa Patricia Almeida, this team worked as a team to get to a place in this competition that they've never been to before.

Argentina wouldn't have made the Olympics if it weren't for hosts Brazil, whose automatic berth meant that Argentina's second-palce finish at the Pan-American Games would be good enough.

This team was projected to be run over in every single game. Not only did they refute that claim, they proved to the competition that they'd be incredibly challenging opponents. Los Gladiadores first made headlines for the "amazing goal that wasn't" against Denmark, then suffered three consecutive tough losses.

All that was vindicated with the country's first Olympics handball victory in history. They came out sharp against Tunisia. Led by Federico Pizarro and the Simonet brothers, this team brought serious passion and flair to Group A.

In the biggest upset of the tournament, Egypt absolutely stunned Sweden - four time Olympic silver medalists. This was supposed to be a blowout for the Swedes and get their campaign back on track. Mohammed Sanad led his team with seven goals.

Despite qualifying for the Olympics six times of the last seven, Egypt only reached the knockout stage once - in Sydney, where they lost to Sweden in the quarterfinals.

Yet this team hung tight with Sweden, and when the final buzzer sounded, the players got on the ground and kissed the floor.

5. Brazil pull off shocking upset against Norway in handball opener

What a way to start the competition.

Brazil shook Future Arena in the women's handball opener - that's when the world met Ana Paula Belo. She proved to be a force to be reckoned with, hammering Norway on every fast break, every twist and turn in a game that Norway lead for almost the entire game.

Against Norway - two time reigning gold medalists, the best team in the world, the unbeatable Norwegians were defeated by a Brazilian team that had never come close to a medal in handball before. It was a huge upset that sent a loud and clear message that Brazil weren't here to have a party. They were here to run the table.

Though Brazil did taste the sour end of an upset just a couple weeks later, this will still be one of their most momentous victories in history.

Norway entered competition as huge favorites to win the gold medal. They looked nearly unbeatable after that opening round defeat to Brazil, blasting their way through every opponent they faced.

Then Norway were blindsided by the Russians, whose incredibly fast play blitzed through the Norwegian defense. It was one of the most exciting games of the tournament. Heidi Loke forced the game into overtime, but Camilla Herrem's missed shot at the last second sent Russia to the gold medal match.

Russia was one of the most exciting teams to watch in the entire competition. Sure, from time to time they'd produce some very poor play, but when the Russians got going they played some of the most energetic and up-tempo plays.

They blitzed through the group stage 5-0, easily handled Angola, took down reigning champs Norway and absolutely smothered the French offense.

Russia defeated France 22-19 in an unnerving final to claim the gold in women's handball.

Norway were superb. Polina Kuznetsova and Anna Yvakhireva were forces to be reckoned with on the wings. Daria Dmitrieva was incredibly strong in the center, forcing defenses to succumb to the pressure that she mounted on them.

This Russian team somehow found it in themselves every game to turn on the switch and pull ahead just enough to secure victory. It proved to be the difference in this tournament, and is a major contributor why the Russians were crowned gold medalists.

Probably the most exciting game in the entire competition, France looked completely out of sorts the entire first half against Spain. Nerea Pena was impossible to defend - she scored 13 goals against the best defense in the competition.

France somehow climbed out of that hole, though, and amazingly drew level with Spain in the closing moments of regulation time.

The entire extra time was just as tense as the final 10 minutes of play, and Nerea Pena's shot hit the post on the buzzer, sealing France's incredible comeback victory.

In the most thrilling match of the entire Olympics, Denmark upended the two-time reigning Olympic champions to take home the gold.

The gold medal match pitted two of the very best players in the world against each other: Mikkel Hansen and Nikola Karabatic. Both played incredibly, but it was Hansen who lifted his team to the top of the podium.

Following a close first half, Denmark started off hot in the second half to lead by as many as five goals. They managed to shake off the nerves in the closing minutes to claim an incredible victory and the gold medal.

Learn the basics of Olympic handball 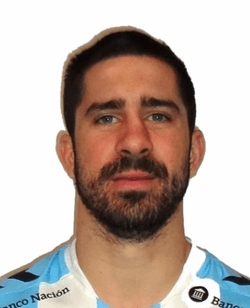 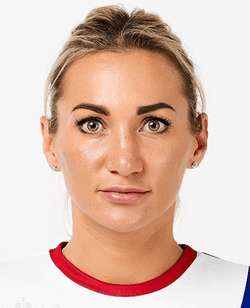