After blowing a late lead and suffering a heart-wrenching defeat in the semifinals to Italy, the Americans decided they had a comeback of their own left.

The Americans were just three points away from the gold medal match in the fourth set of the semifinal Friday, but Italy rattled off six straight points and then took the fifth set to send the U.S. to a devastating loss.

Russia, meanwhile, lost in three sets to host Brazil in the semifinal.

To add insult to injury, the U.S. team not only had to psychologically move past the heartache of missing out on gold, but then had a traveling snafu Sunday morning where their bus didn't have the right credentials and they were forced to walk several blocks to the Maracanãzinho arena in the pouring rain in advance of the bronze medal match.

USA head coach John Speraw told NBC broadcasters Paul Sunderland and Kevin Barnett he didn't even watch film after the semifinal loss, choosing to instead take the route of just throwing that match in the garbage and utilizing the two days before the bronze medal match to reset.

It was the same mental adjustment the U.S. women's indoor and beach volleyball teams had to endure - watching their gold medal aspirations evaporate and try to somehow rebound to play in the bronze medal consolation match.

"It really took us so much to come back and play after the disappointment of the Italy match," Speraw said, according to FIVB. "I can understand. I was watching our guys for the first two sets and I could empathize with where they were. So I had a suspicion that we would have to go to our bench."

Roughly eight hours after actually getting their bronze medals in the Maracanãzinho, the U.S. women were back in the arena to cheer on their male counterparts.

As has been the case throughout the tournament, the Americans struggled from the service line and were too often prone to inconsistent play early on. They handed the Russians 32 points on unforced errors over the five sets, but were able to rise above it.

"What an amazing match," U.S. captain David Lee said. "It kind of sums up our entire tournament. We've been down in pool play 0-2, then we won the next three to stay alive. And today we did the exact same thing against a very good Russian team.

"I felt we started off a bit slow and didn't pass really well, but we made some changes especially with the addition of Reid Priddy. I think that was one of the main reasons why we won this match."

Matt Anderson led the way for the United States with 21 points, a pair of blocks and a service ace. Taylor Sander added 17 points and Max Holt registered 13 points, three aces and two blocks.

Kostyantyn Bakun, Artem Volvich and Egor Kliuka all tied for the Russian lead with 14 points.

Veteran Reid Priddy - playing in his fourth Games - provided a big spark off the bench for the Americans, starting out 15-of-20 hitting and finished with 18 points in his last Olympic match.

The 38-year-old Priddy had hardly played in the tournament prior to Sunday.

"Reid and David contribute so much and when you're coaching in this level and these guys have played for so long, it's really high-level conversation," Speraw said.

Russia was the reigning gold medalists from the 2012 London Games. 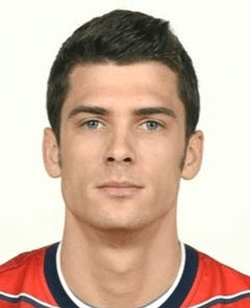 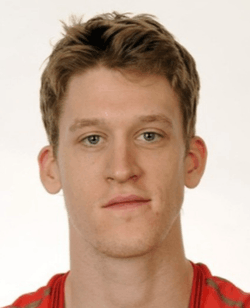