The U.S. athletes released a statement Saturday saying that the International Biathlon Union's recent decision to move forward with the March 22-25 event in Tyumen, Russia — despite a recent doping scandal in that country — is "completely unacceptable."

The statement says, "In support of clean sport and our own physical safety, we cannot in good conscience participate."

The U.S. Biathlon team adds "holding the World Cup Final in Russia now sends an outrageous message of anti-doping indifference to the world."

Athletes from Sweden and Canada have also expressed reservations about competing in the event.

The U.S. team statement says the "outcry from our fellow athletes around the world has been respectful, strong and definitive," and that in addition to the dozens who expressed their opinion to the IBU Athletes Committee members ahead of the decision last month, the IBU received letters representing more 30 athletes from eight countries, including three gold medalists in at the Pyeongchang Olympics. 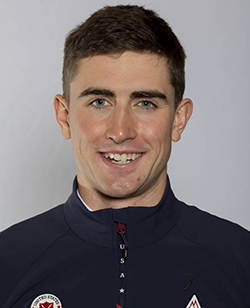