The women's trampoline champion from the London Olympics will lead the Canadian delegation into the Rio Opening Ceremony on Friday, August 4, the Canadian Olympic Committee has announced.

27-year-old Rosie MacLennan will be making her third Olympic appearance in Rio. Four years ago, she was the only Canadian athlete to win gold at the London Olympics. She was also the first North American athlete to win trampoline gold in the sport's Olympic history.

Trampoline was added to the Olympics in 2000.

MacLennan previously showed her dedication to Team Canada at the 2010 Vancouver Winter Olympics. Not content to be a tourist, she instead volunteered at the Canada House, the "home away from home" for Team Canada's athletes and families.
After Prime Minister Justin Trudeau announced MacLennan as the flagbearer, she said, "Standing here, going into my third Games, I’m filled with so much pride and so much gratitude that words can’t even begin to describe it."
https://twitter.com/JustinTrudeau/status/756159058273591296
https://twitter.com/CDNGymnastics/status/756149296685166592
Story
Share

What you've missed since London: Trampoline

Get caught up on what's happened in trampoline since the 2012 London Olympics, from the returning champions to the rising stars. 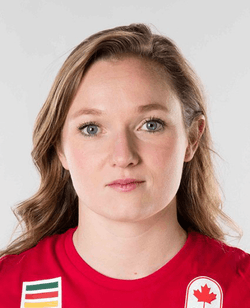