With all taekwondo events concluded in Rio, there is nothing left to do but look back at the best moments in competition.

Lopez won his opening match, but fell in the quarterfinals. He was able to compete in repechage, and won to get a chance to win bronze.

Though he came up short against Tunisia’s Oussama Oueslati in the bronze medal match, the taekwondo legend left it all out on the floor. He deserves to be recognized for all he has done within taekwondo.

When Ahmad Abughaush defeated Alexey Denisenko in their gold medal match, he won his home nation of Jordan their first ever gold medal.

En route to the gold medal, Abughaush knocked out a former champion, and the No. 2 seeded competitor.

Jackie Galloway almost made it to the gold medal match, but lost in a scoreless sudden death round to be denied the opportunity.

Still, she made up for it by controlling her bronze medal match against Gwladys Epangue.

Galloway formerly competed for Mexico, but was only an alternate in the 2012 Games.

She then switched to join the United States for the Rio Games, where she was the only U.S. fighter to medal.

2. Jade Jones goes back to back

Great Britain’s Jade Jones is a taekwondo superstar. The 23-year-old, known as “The Headhunter,” won gold in the 57kg division in London, and then reclaimed the medal in Rio.

The closest any of her matches finished at was five points.

In the most thrilling taekwondo match of the Rio Games, the Ivorian was losing with one second left as he landed a spinning head kick to take the gold medal from Lutalo Muhammad’s grasp.

It was a special moment as this was Ivory Coast’s first ever gold medal. Cisse couldn’t stop running around the arena celebrating after the match. 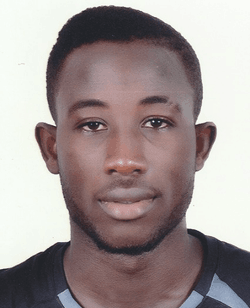