Three Stars from men's hockey at the Olympics

Three Stars from men's hockey at the Olympics

1519549054
at 1519549054 By: Scott Charles
Share this
Eeli Tolvanen, Nikita Gusev and Ryan Donato have been selected by NBC Olympics staff as the three stars of the tournament.

Eeli Tolvanen, Finland: The 18-year-old winger was the undisputed breakout star of the men's tournament. Even though Finland was eliminated in the quarterfinals, Tolvanen's tally of nine points still ranked second overall as he averaged nearly two points per game. He scored in his Olympic debut and also tallied two assists against eventual silver medalist Germany. He followed that up with two scores against Norway. Tolvanen paced his team past an energized South Korean team in the qualification playoffs, assisting in Finland's opening three goals. After a sizzling Olympic performance, Tolvanen could be on his way to the NHL to help the Nashville Predators chase the Stanley Cup once again.

Nikita Gusev, Olympic Athletes from Russia: The Vegas Golden Knights prospect tallied four goals and eight assists in just six games throughout the 2018 Winter Games. He also struck twice when it mattered most, helping OAR force OT in the gold-medal game. Trailing 3-2 in the final frame and playing shorthanded, Gusev was able to sneak a backhanded shot into the back of the net to knot the score with less than a minute remaining. Then, in the extra session, it was Gusev who made a beautiful cross-ice pass to set up the golden goal by Kirill Kaprizov.

Gusev opened a lot of eyes during this tournament with his powerful combination of strength and speed en route to being named the best forward of the Olympics.

Ryan Donato, United States: The 21-year-old Boston Bruins prospect was bright spot for Team USA despite the disappointing finish. The sniper lifted his team to a crucial preliminary-round victory over Slovakia, grabbing both goals in a 2-1 victory. He came back to haunt Slovakia again with two more scores in the qualification playoffs, and though the United States' tournament came to an end in the quarterfinals against the Czech Republic, Donato notched one last goal in the 3-2 loss to finish with a team-leading five goals and six points. Donato, along with fellow collegiate athletes Troy Terry and Jordan Greenway, surprised many with their contributions on the ice. If management had known of their game-changing impact in advance, the American roster might have included more NCAA players.

Oliver Jung contributed to this story 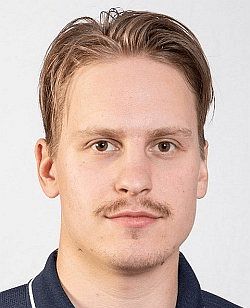 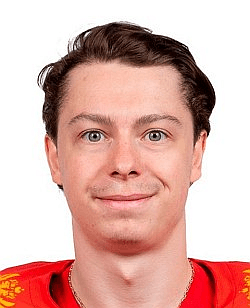