South Korea's women's curling team picked a bad time to have their worst end of the PyeongChang games.

Trailing by two in the seventh, Korean skip EunJung Kim missed a takeout attempt with her last rock to leave two Swedish stones lying in the house. Sweden's Anna Hasselborg turned those two into three, the first time Korea has allowed a 3-point end in the entire 2018 Games.

It was the final stamp on a tough game for the No. 1 seeded Korean team, who fell to Sweden 8-3 in the women's gold medal game.

The gold is the third all time for Sweden, who won in 2006 and 2010 and won silver in the 1014. Even though Sweden, third place finisher at the World Championships a year ago, came into the game Saturday as the No. 2 seed, Hasselborg's team were favorites to medal, and seen as the most likely team to upend heavy favorites Canada, who failed to make the semifinals.

Korea, on the other hand, was a huge surprise to even make it this far. They came to PyeongChang as the No. 8 ranked team in the world, and finished sixth at the 2017 World Championships. But through their hometown Games they went 8-1 in round robin play, and came into the gold medal game on an eight game winning streak counting their semifinal extra ends victory over Japan.

Korea was the highest scoring team in round robin play, but were held to just three points Saturday. Their previous low of the tournament was five in their lone loss to Japan. In every other game they scored at least seven.

Sweden started the tournament a perfect 5-0, their first loss coming to Korea, 7-6. But Hasselborg's team got their revenge when it mattered.

South Korea will face Sweden on Saturday with a gold medal on the line.

Korea tried for the blanked end in the first, but had a mistake on the takeout, instead ending up with a hit-and-stick for a single point. While the lead wasn't the worst thing, EunJung Kim's team would have much rather blanked the end and kept hammer to try for multiple points in the second.

That's what Sweden was able to do, blanking the second to come back with two points in the third after lying one and landing the hammer on the button.

Sweden stole points in each of the fourth and fifth ends, the first coming after Kim hit her own guard on the hammer throw takeout attempt, stopping short of the house. In the fifth, Hasselborg had a perfect takeout to put one on the button directly behind another Swedish stone, and Kim again missed the takeout attempt, this time on a try for a double.

Korea got one back in the sixth to cut the lead in half before Sweden's big end in the seventh.

Korea took a single point in the eighth rather than try to blank the end, but Sweden got the single back in the ninth, forcing Kim and company to concede the 10th.

The gold is the third all time for Sweden, but the first for each member of this year's team. Hasselborg, Sofia Mabergs, and Sara McManus all made their Olympic debuts in 2018. Agnes Knockenhauer was on the 2014 team that won silver.

Korea's Cinderella story finishes with a silver medal, just the third time an Asian country has won a medal in Olympic curling. China has won one bronze and Japan won bronze earlier in the day.

South Korea is the No. 1 seed in the women's semifinals

South Korea is the No. 1 seed in the semifinals after receiving an automatic qualifier into the Games 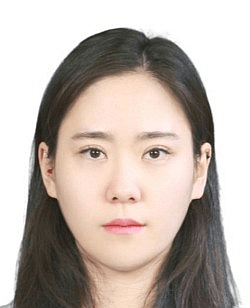 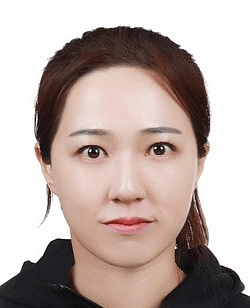