1471058077
at 1471058077 By: Julia Grassie
Share this
Simone Biles and Simone Manuel became champions of their respective sports, then celebrated with a selfie

Thursday at the Rio Olympics belonged to Simone.

She beat out a field of fierce competitiors to win gold, and was embraced by her ecstatic teammates and coach before stepping up onto the top step of the podium to receive her medal. As she waved to the crowd and held back tears, little girls all over America watched her on TV and said, "I want to be like Simone."

Either one will do.

And to put a cherry on top of their respective victories, they took a selfie together.

And then they inspired the nation, from fellow Olympians to future Olympians.

Where to start judging Simone Biles after she won all-around gold by a huge margin? 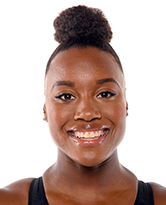