1518577500
at 1518577500 By: Shawn Smith
Share this
After reclaiming his Olympic title with a clutch run, Shaun White is now the first snowboarder to win three gold medals.

And he did it in dramatic fashion, landing back-to-back 1440s as part of a final run that knocked Japan's Ayumu Hirano out of the top spot.

With the win, White is now the first snowboarder to ever become a three-time Olympic champion. Twelve years after winning his first gold medal at the 2006 Torino Games, he is also the first American man to win the same individual event at three different Winter Olympics.

Much has been made of White's quest for a third gold medal ever since a disappointing result at the last Olympics, where he finished fourth and lost his Olympic title to Switzerland's Iouri Podladtchikov.

Podladtchikov was unable to compete in PyeongChang due to a recent injury, but there were two other riders considered to be White's biggest challengers at these Olympics: Japan's Ayumu Hirano and Australia's Scotty James.

White, Hirano and James have all stepped up their riding over the course of this season with progressive new runs. In Tuesday's qualifying round, all three put down heavy runs in an attempt to outdo each other, but they saved their biggest tricks for the final.

James came out on his first run and grabbed the lead after landing a technical run that included back-to-back 1260s up top and a switch backside 1260 — an extremely challenging trick that no other rider has ever done — at the bottom.

But James' score was quickly eclipsed by White, who was the next rider to drop. White landed a sequence of big tricks but still held back his biggest combination. He was so elated with that run that he unstrapped his helmet and whipped it into the crowd as he rode into the corral.

White remained at the top of the leaderboard until Hirano took his second run. That's where the 19-year-old nailed back-to-back 1440s, a difficult sequence of tricks that he used to win X Games just a few weeks ago.

That forced White to up the ante. Up to that point, Hirano had been the only rider to ever land back-to-back 14s in a halfpipe competition. But White told media last week that he had been working on those tricks and planned to try that combination in PyeongChang.

The back-to-back 1440s consist of two tricks: first a frontside double cork 1440 on one wall of the halfpipe, followed by the switch version of that trick (called a cab double cork 1440) on the other wall.

If the term "cab double cork 1440" sounds vaguely familiar, that's because it was the big trick (the one often referred to as a "YOLO flip") that Podladtchikov used to help him win gold four years ago in Sochi.

It was also the trick that White struggled to land cleanly, something that cost him an Olympic medal that year.

In order to win gold this year, White would need to land that trick, plus an additional 1440 right before it.

The first attempt didn't go so well. White did the back-to-back 1440s in his second run — the first time he had ever done so in a competition — but didn't land the second one cleanly and lost speed. He later fell on his signature trick, the double McTwist 1260.

That created a pressure situation for White on his third attempt. The final rider to drop, he was already assured of at least a silver medal, but he needed to land a full run, including the back-to-back 1440s, to have a shot at overtaking Hirano.

The score from the judges was a 97.75, enough to knock Hirano out of the top spot. And with that, White officially reclaimed his title and avenged the memories of Sochi that have haunted him for the past four years.

"Honestly it's one of the most challenging runs I've ever done," White said. "I didn't even link the combination, the 14 to 14, until I got here, today, this morning. So, honestly, I'm just so happy with my performance. I'm proud of the other riders for pushing me this whole time."

Over the last four years, White has found himself pushed by competitors like Hirano and James. He busted his face in New Zealand last year while attempting one of those 1440s, leaving an injury that required 62 stitches. He has said that there were times when he questioned whether it was worth it to continue.

Perhaps that's why White broke down after seeing his score, the 97.75, come in after his final run.

"Oh man, that was awful and amazing at the same time," he said. "I knew I did a great ride and I was proud of that and I could walk away with my head high, but when they announced my score and I'd won, it crippled me."

The U.S. has now won four gold medals at the 2018 Winter Olympics, and all four have come in snowboarding. Red Gerard and Jamie Anderson won the men's and women's slopestyle contests, and Chloe Kim won the women's halfpipe event.

Hirano earned the silver medal in men's halfpipe, matching his result from the last Olympics, and James ended up with the bronze. Every single halfpipe run from White, Hirano and James can be found further below on this page.

Watch the rest of the runs that made up the top eight.

There are still Olympic snowboarding competitions left in boardercross, big air and parallel giant slalom. Hit the link below for the upcoming live stream schedule in each event.

How to watch every single Olympic snowboarding competition live

All the live stream links you need for the PyeongChang Games, right here. 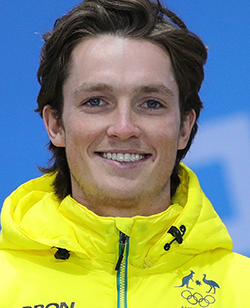