Ishchenko and Romashina’s “mermaid” themed routine earned them 98.5333 points, combining with their technical program from Tuesday to win the gold with 194.9910 total points. They became the second Russian pair to repeat as duet champions, as countrywomen Anastasia Ermakova and Anastasia Davydova won in both 2004 and 2008.

Huang Xuechen and Sun Wenyan of China claimed the silver with 192.3688 points, marking the best-ever finish for China in duet at the Olympics. Japan missed the duet podium in 2012, but Yukiko Inui and Risako Mitsui earned 188.0547 for bronze medals in Rio.

Mariya Koroleva and Anita Alvarez, the U.S. duet, finished in ninth place with 173.9945 points. Koroleva competed at the 2012 Olympics with a different partner and finished 11th, while Alvarez made her Olympic debut in Rio.

"It's definitely our highest score ever, by a lot," Koroleva said through USA Synchro. "In the last year we've moved up three spots, which is kind of unheard of in synchro, to do that in one year. So we're really proud of ourselves and happy with the way everything went. In the last couple of months, after every competition, we tried to increase our difficulty. But by adding difficulty you also have to be able to execute it well, so you have to be high, really sharp and synchronized. And I think it's worked out really well." 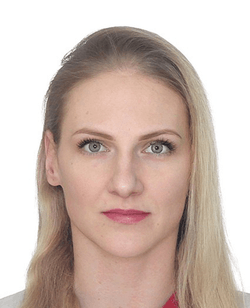