The U.S. rugby roster is filled with players who grew up playing football.

Nate Ebner won Super Bowl XLIX with the New England Patriots. Perry Baker played in the Arena Football League for two years. Carlin Isles had a tryout with the Detroit Lions. Zack Test was a wide receiver for the University of Oregon.

“They are two beautiful, brutal sports,” Test said. “When things go right, they are both beautiful sports to watch. But in between, there are brutal collisions and a war going on out there.”

Baker, Isles and Test compared rugby to football in phone interviews with NBCOlympics.com.

Baker: “Rugby. They teach you how to tackle. If you watch football, they don’t actually wrap up. They just use their head and shoulders.”

Isles: “Rugby players. We use proper technique and we wrap up. We understand body angles, and we know how to tackle. We don’t just use our head or shoulders.”

Test: “Rugby players. We have to make tackles with perfect technique that will protect not only ourselves but also the attacker. We also have to be more efficient at it because there’s more space and manipulation that can happen.”

Baker: “Rugby. It’s one-on-one at full speed. You see me, I see you, come get me. You aren’t tackling me, that’s the mindset. In football, you don’t see the hits coming. That’s why they are so brutal.”

Isles:  “Tie. There’s no padding in rugby. Football hits are vicious, but they have pads. ”

Test: “Football. They have pads, and the players are built to be explosive with a lot of mass. If you add padding and bigger size, you get bigger collisions.”

Baker: “Football. Look at them!”

Isles:  “That’s kind of tough. Rugby players are really, really strong, especially in 15s. But so are football players.”

Test: “Football players. They have more time to be in the gym and get really, really strong because they don’t have to be running fit. While they are lifting, we have to split our time lifting and our running because you have to be able to run for 14 minutes straight.”

Isles: “Rugby. Without a doubt.”

Test: “I’ve got a girlfriend, so I’m staying out of this one.”

Baker: “Rugby. In rugby, you kick from all over. In football, you don’t do that.”

Test: “Rugby. We have to kick from a lot of different angles and depths, whether it’s off a tee or a drop goal.”

Baker: “Football. They celebrate more. Rugby is a more respectful game. They are not doing all of that dancing stuff.”

Isles:  “Football. In rugby, you might do a hand gesture or something, but there’s not too much celebrating. I just salute.”

Test: “You only see the celebrations in football. In rugby, we do our job, and then it’s time to win the next kickoff.”

Isles:  “Rugby. People have respect for each other. It’s a gentleman’s game. They don’t allow anything less than that.” 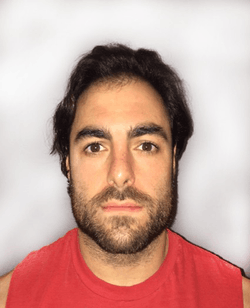