Not since the U.S. won bronze in Athens has the U.S. men’s basketball team seen such turnover heading into an Olympic Games. This year’s team will feature 10 new players, while in 2004 every member of the Athens team was making their Olympic debut.

With Mike Krzyzewski slated to step down as head coach following the Games, the Rio Olympics loom as the definitive culmination of everything he has worked to achieve with USA Basketball in the past decade-plus.

Still the favorite to come away with gold, the U.S. roster isn’t equipped with the star power expected from the world’s foremost basketball power. But, that’s okay; it’s all part of the plan.

When Jerry Colangelo was brought in to revamp USA Basketball after the Athens debacle, one of his main objectives was to instill continuity into the program. That started with Coach K.

Krzyzewski would be brought in for not just one Olympiad, but for multiple Games. The idea was that one coach would be able to foster a culture and develop a national team roster, something glaringly absent throughout the history of USA Basketball.

With injuries, conflicting commitments and dropouts inevitable, the duo set out to create a program that could avoid a similar letdown to 2004.

In Beijing – the first Olympics with Colangelo and Coach K in charge – the U.S. had five players with previous Olympic experience. Beyond that, eight of the 12 players in Beijing were on the roster when the United States qualified for the Olympics at the 2007 FIBA Americas Championship. For comparison, there were only three carryovers from the 2003 qualifying tournament to the Athens Games.

The term “continuity” wasn’t just a buzzword for the organization; it would become a pillar of the Colangelo and Coach K reign.

At international tournaments between Olympics, the U.S. would field a roster of veterans with international experience and a mix of up-and-comers poised to take the proverbial torch of the basketball world. The indoctrination of these youngsters ensured there wouldn’t be a huge talent and experience drop-off when one generation of players was phased out and another generation took over.

The 2010 World Championships roster would feature none of the 2008 Olympians, but that fit within the parameters of what Coach K and Colangelo had hoped to create years earlier. The team was full of players who had moved through the USA Basketball ranks. Whether they had been part of the youth program, select team or participated in offseason mini-camps, they were part of the USA Basketball family.

Add those youngsters to a core of veterans who had either previously played in the Olympics or had international success with USAB and you have a winning formula. That 2010 World Championship team trounced the competition, winning every game by more than 15 points.

The 2012 Olympic roster mirrored this method. The gold medal-winning squad was a combination of six players from the 2010 title team, five players from the 2008 Olympics and a future superstar from the college ranks. USA Basketball and Coach K made a practice of rewarding the players who had made a commitment to the program and it clearly worked.

Now, in Krzyzewski’s final Olympics as head coach, that formula will face its biggest challenge. Much like 2004, some of basketball’s biggest stars will be absent from the Games; that continuity appears to be gone.

Red, White and Bronze: The death and rebirth of USA Basketball

An oral history of the U.S. men's basketball team at the 2004 Athens Olympics and the subsequent restructuring of USA Basketball

On the surface, Team USA is fraught with turnover, but dig a little deeper and this is exactly what USA Basketball has been planning for. This is exactly the circumstance Coach K and Colangelo foresaw when they redesigned the program over a decade ago.

Of the 10 Olympic rookies, eight previously played with USA Basketball in either international tournaments or as part of the select team. Jimmy Butler, one of the two players without USAB experience, was named to the select team but was unable to participate because of injury. That leaves just Kyle Lowry, a 30-year-old two-time NBA All-Star, as the lone USA Basketball newcomer.

That’s not to say there won’t be growing pains, there won’t be hurdles, and that it won’t be tougher than recycling an Olympic-proven 2012 team that featured LeBron James, Russell Westbrook and Chris Paul; it’s just to say that Coach K was ready for this.

The 2016 USA men’s basketball saga can be seen through two prisms: the toughest test Krzyzewski has seen in his 11 years on the United States' bench or the ultimate validation and triumph of the system Coach K helped to implement. 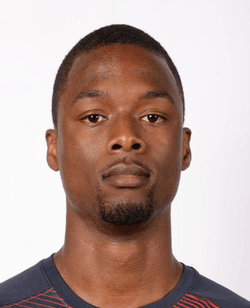