China won its third consecutive diving gold medal on Tuesday, but the buzz was about the color of the water in the diving pool, which turned from a clear blue to a murky green overnight.

The adjacent swimming pool was not affected.

Water quality has been a major issue surrounding the Rio Olympics, but in the ocean and lagoons, not the venue pools.

The Rio 2016 Organizing Committee issued the following statement: "A high quality field of play is of the utmost importance to the Rio 2016 Committee. Water tests at Maria Lenk Aquatic Center's diving pool found there is no risk to the athletes' health. We are investigating what the cause was but are pleased the competition was completed successfully."

Cause revealed for diving pool's change from blue to green

Thousands asked "Why?" when the Maria Lenk Aquatics Center water turned a murky green on Tuesday

American diver David Boudia, who won silver while diving into blue water on Monday, tweeted a photo of the pool with the text, "Wait is someone playing a joke or are we celebrating St Patty's Day early here in Rio?"

British diver Tom Daley, who took bronze on Monday, tweeted a photo of the two pools next to each other and captioned it, "Ermmm...what happened?!"

The Associated Press contributed to this report 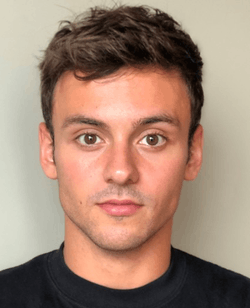