Rhythmic gymnastics is best known for its costumes, music and make-up—but don’t underestimate its athletes.

Besides their mind-blowing flexibility, strength and coordination they’re also some of the toughest athletes around. There are no time-outs in rhythmic; you’ll never see a rhythmic gymnast “take a dive” in order to gain some advantage. Instead, when injury or accident occurs, a rhythmic gymnast will finish her routine with a smile on her face and blood running down the back of her head.

“One time I got hit in the head by the club and it pushed the pin through my skin, and I started bleeding backstage,” U.S. rhythmic gymnast Aliya Protto said. “It was just like covered in blood.”

What did she do next? Go out and compete.

Every rhythmic gymnast has a similar story.

“One time, at nationals, my ribbon stick hit right next to my eye and I got a black eye,” Camilla Feeley, the Olympic alternate in Rio, said. So did she finish her routine? “Yeah!”

The sole U.S. representative in individual rhythmic gymnasts at the Olympics, Laura Zeng, has been lucky enough to avoid mid-routine injuries. But she has a few scars, nonetheless.

“A couple years ago, during control practice, my club hit my head and it was gushing blood and I had to get stitches!” she said. Typically stoic, Zeng says of getting three stitches, “It wasn’t too fun.”

For the U.S. rhythmic gymnastics group, have multiple clubs, ribbons and hoops flying through the air means injuries are unavoidable.

There are six members of the team, with only five performing at a time. In one routine, they use five ribbons. In the second, they use two hoops and three sets of clubs.

They have a special name for when one of the apparatus hits one of them square on the forehead: a unicorn bump.

“Sometimes the ribbon or something, if you don’t see the lighting it can like directly hit you in the forehead,” Alisa Kano said.

Like Zeng, group members Monica and Jennifer Rokhman—twin sisters—had to get stitches after a rhythmic-related accident.

Jennifer got a ribbon stick to the eye in practice. “It was this thing where I tied the ribbon around my foot and I would do a walkover,” she said, “and it would sort of toss and I would catch, and I did it really fast and it flew at my face and I was gushing blood.”

She had to get multiple stitches, “but you can’t even tell!” she proudly pointed out.

Monica probably has the highest stitch count: “About 23,” she said. The accident happened when one of her teammates—she’s too loyal to name names—accidentally let go of a club too early and it flew into Monica’s forehead.

Her teammate, Kiana Eide, still sounds a little in awe by the gruesome accident.

“I was on the other carpet, and all of a sudden everyone stopped and I just saw a black dot on her head, and then it was like blood. I remember it so clearly.”

Even more seriously, Kristen Shaldybin competed with a broken foot at the 2015 World Championships—but she didn’t find out until later it was broken, and still doesn’t know how it happened.

“You can’t prevent the injuries, it just kind of happens. I didn’t know at world championships that my right foot was broken,” she said.

“It was like everyone’s in pain, why should I say something? [I went to the doctor] in October to check out my foot, it’s like ‘Oh yeah, you have a fractured foot.’ I was like ‘Oh, that’s good to know.’

Shaldybin recounted this all with a laugh, especially the moment when she first suspected something was wrong with her foot.

At the Rio Olympics, several rhythmic gymnasts had injury strike at the world possible time. In the last moments of China’s ribbons routine, one of the athletes got hurt so badly she had to be helped off the competition floor by her teammates.

The U.S. rhythmic gymnasts fly around the world for competitions, with their hoop, ball, ribbon and clubs in tow 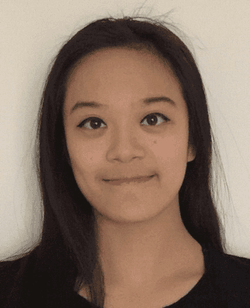