Park runs away from field to claim gold in women's golf

Park runs away from field to claim gold in women's golf

Here’s how things wrapped up in Rio, where Inbee Park took gold, and Lydia Ko birdied the 18th hole to edge Shanshan Feng for silver:

Gold: This is Park’s 23rd worldwide win and her first since the Lorena Ochoa Invitational last November. Just three months ago, Park was struggling her way through to injury to reach the LPGA Hall of Fame. Heading into Rio, she had played just one event in two months – she missed the cut – and attention was turning toward a potential retirement. But for 72 holes at the Olympics, the seven-time major winner looked as sharp as she ever has. Up two to start the day, she played her first nine holes a bogey-free 4 under to pull away quickly and for good. She mixed three birdies with two bogeys on the back to walk to the finish. The former world No. 1 said earlier this week that winning a gold medal would probably be “the highlight” of her career. As for what she does now, next month’s Evian Championship is the only one of the LPGA’s five current majors she hasn’t won. A victory in France would make Park one of only two players (Karrie Webb) in golf history to claim five different major titles. She’s already the first to own multiple majors and a gold.

Silver: Ko quickly slipped out of contention for the gold and was just even par through 15 holes before playing her final three holes in two under par, including a clutch birdie at 18 to claim the silver medal. Had she missed the final putt, Ko would’ve been headed to a playoff with Feng.

Bronze: Feng, a 15-time worldwide winner and one-time major champion, turned in four straight under-par rounds including Saturday’s 69. But while much of the field closed with birdies, Feng played her final six holes in 1 over, good enough to hang on for third and a coveted spot on the Olympic podium.

Biggest disappointments: Lewis and Nomura came up one shot and few inches short of a playoff with Feng for bronze. Lewis fired a closing 66 and birdied 16 and 17 before leaving a final birdie try hanging on the lip at the 18th hole.

Nomura, separately, posted a bogey-free 65 but was done but this missed backhanded tap-in attempt during her first round of Wednesday:

Rest of the U.S.: Playing in the final group with Park and Ko, Piller made two birdies and two bogeys in her first five holes before fading for good with dropped shots at 9, 13 and 14. She went from a tie for second to a tie for 11th at 6 under. Thompson went out in the first group off the back nine and posted 5-under 66 to finish minus-3, tied for 19th.

Round of the day/Shot of the day: Russia’s Maria Verchenova set a new Olympic record with her 9-under 62 Sunday, besting Marcus Fraser, Matt Kuchar and Stacy Lewis who shared the previous mark of 63. Verchenova made eight birdies, two bogeys and this hole-in-one at the par-3 fourth: 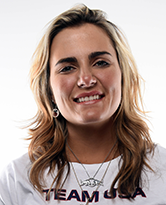