Out of the blue: Cubans Diaz and Gonzales have gone from afterthoughts to contenders on Copacabana

Out of the blue: Cubans Diaz and Gonzales have gone from afterthoughts to contenders on Copacabana

1471025220
at 1471025220 By: Eric Goodman
Share this
While the superstars of the sand have looked unconvincing early on in Rio, a relatively unknown team is making its mark.

The phrase “dark horse” gets thrown around rather frequently during the Olympics, but if there is anyone in Rio legitimately worthy of the cliché, it is the Cuban beach volleyball pair of Nivaldo Diaz and Sergio Gonzalez.

The duo has beaten everyone they’ve faced on Copacabana Beach so far, and they’ve faced some of the best.  In their opening match of Pool D preliminary play, Diaz and Gonzalez stunned the fourth-ranked Brazilian duo of Pedro Solberg and Evandro in a 2-1 thriller.

The Cubans then knocked off 2013 and 2014 FIVB Beach Volleyball World Tour champions Janis Smedins and Aleksandrs Samoilovs of Latvia in their second match of pool play.

Unlike many of Cuba’s global baseball stars, Diaz and Gonzalez have not had to defect from their home nation to compete on their sport’s biggest stage. However, a lack of funding for travel has prevented them from competing on the World Tour alongside most of their Olympic adversaries.

Instead, since pairing up in 2013 Diaz and Gonzalez have remained relatively hidden in the NORCECA Tour which competes throughout the Americas.

As they have demonstrated at these Olympics, 22-year-old Diaz and 26-year-old Gonzalez do not lack world-class talent. They are, though, without the big tournament experience that the top-ranked teams in Rio certainly possess.

Their coach, Alvaro Cutino, has helped that. Cutino competed for Cuba at the 1996 and 2004 Games alongside Juan Rosell, the last two natives of the island to compete in an Olympic beach volleyball tournament.


“We have been training for this for a long time, for four years now in Cuba,” Gonzales told FIVB.com. “We have really good trainers like Alvaro… and really good players to train with as well.”

“We have trained every day and made a lot of sacrifices and so far it has paid off. We hope it doesn’t stop here and we want to start playing in the World Tour and take our beach volleyball to another level.”

Diaz and Gonzalez hope that their success in Rio might help grow the sport in Cuba, a nation with no shortage of beaches and a strong sports culture.

Their pool-play success has earned the Cubans a cushy round of 16 matchup against Austrians Alexander Horst and Clemens Doppler, third place finishers in Pool A, at 2:00pm ET. If Diaz and Gonzales advance, they will meet the Russian pair of Konstantin Semenov and Viacheslav Krasilnikov on August 15. 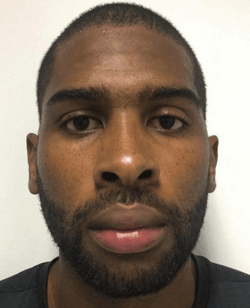