While Canada’s Tessa Virtue and Scott Moir already have a gold medal in PyeongChang from the team event, they’re back to regain their 2010 Olympic ice dance title.

Their main rivals – training partners Gabriella Papadakis and Guillaume Cizeron of France – sat out the team event, setting up an epic battle between the teams.

Figure skaters often train with their biggest rivals - but why?

It would be like the Patriots and Steelers sharing a practice field, or the Lakers and Celtics working in the same gym.

Brother-sister duo Maia and Alex Shibutani have already won a bronze medal in the team event earlier in PyeongChang.

Here are some names to know before the event kicks off:

Buzz about Hubbell and Donohue: They share the same coaches and train in Montreal with their main rivals, Canadians Tessa Virtue and Scott Moir and French couple Gabriella Papadakis and Guillaume Cizeron.

Season so far: Starting off the Olympic season, Hubbell and Donohue won at the U.S. International Classic in September. Then, they earned a bronze medal at their Grand Prix assignment in Canada and a silver at their Japan assignment. They qualified for the Grand Prix Final, where they finished fourth by a slim margin. They won their first U.S. national title in January and were named to the 2018 Olympic team.

Notes: The training mates could all be on the podium together, similar to the short dance at the 2017 World Championships. After the short dance at Worlds, Virtue/Moir were in first, Papadakis/Cizeron were in second, and Hubbell/Donohue were third. Due to a twizzle error in the free dance, Hubbell and Donohue dropped to ninth.

Ice dancers Madison Hubbell and Zachary Donohue moved their training base to Montreal, Canada in 2015

Buzz about the Shib Sibs: The Shibutani’s longtime training mates in Ann Arbor, Michigan were 2014 Olympic ice dance champions Meryl Davis and Charlie White. They were the leading U.S. dance team for most of the past four years, only recently upset by Hubbell/Donohue for the national title in January.

Season so far: The Shibutanis began their Olympic season at their Grand Prix assignment in Russia, where they won a gold medal. Then, they competed on home ice at Skate America, winning again. They qualified for the Grand Prix Final, where they captured a bronze medal and were the best of three U.S. dance teams in the field. At Nationals, they earned a silver medal and a place on the PyeongChang Olympic team.

Notes: Their free dance is part of a trilogy concept. In 2016, they used Coldplay’s “Fix You,” then for 2017, used a piece titled “Evolution.” For the Olympics, they’re performing to Coldplay’s “Paradise,” and say the story is deeply personal.

Buzz about Chock and Bates: They’re a couple on and off the ice, and say that’s given a new perspective to their athletic careers. They weren’t a couple when they competed together at the 2014 Olympics, so they believe this experience will be all the more special for it.

Season so far: Chock and Bates earned silver medals at both of their Grand Prix assignments to kick off their Olympic season. They qualified for the Grand Prix Final and finished fifth. Then, at nationals in January, they won the free dance phase but earned bronze medals overall. They were named to the 2018 Olympic team.

Notes: Their poignant free dance is to a duet version of John Lennon’s “Imagine,” which has been well-received all season. Bates, competing at his third Olympics, was voted figure skating team captain by the members of the team. He competed in 2010 with a former partner.

Buzz about Papadakis and Cizeron: Their lyrical, philosophical style has shifted the tide in ice dance, and their momentum gained after their Grand Prix Final win could carry them to the top of the Olympic podium. Also, they are the only ice dance team to crack the 200-point barrier, which they have now done four times.

Gabriella Papadakis and Guillaume Cizeron are the French ice-dance pair breaking records as they prepare to challenge for Olympic gold.

Season so far: Papadakis and Cizeron began their Olympic season with a win at an event in Finland. Then, they competed in China and France on the Grand Prix series, winning both times. They went head-to-head with Virtue and Moir at the Grand Prix Final, where the French team won for the first time. They won their fourth straight French national title and in January, their fourth straight European gold medals.

Notes: The duo finished 13th at the 2014 World Championships, but then moved training bases to Montreal. They went on to win the 2015 and 2016 world titles, but were dethroned with their training mates, Canadians Virtue and Moir, bested them at Worlds in 2017.

Buzz about Virtue and Moir: The legendary Canadian team famously trained with their biggest rivals in the lead-up to the 2010 and 2014 Olympics. They won two silver medals there (in the team and ice dance events) and took two seasons off from competition. They returned, choosing to train with their new rivals, Papadakis/Cizeron, and had a perfect, undefeated season in 2016-17.

Season so far: Virtue and Moir started their 2018 Olympic season with a win at the Autumn Classic. Then, they won both of their Grand Prix assignments in Canada and Japan. They fell to second behind the French at the Grand Prix Final and in January, won their eighth Canadian national title.

At the Olympics so far: Virtue and Moir carried Canada’s flag into the Opening Ceremony. Soon after, they helped Team Canada win gold in the figure skating team event by performing their short and free dances. They won both phases.

Notes: Virtue and Moir carried Canada’s flag into the PyeongChang Opening Ceremony. The current record for most medals won by any figure skater is four (shared by Gillis Grafstrom and Yevgeny Plushenko) but Virtue and Moir can stand alone with five by the end of PyeongChang. Their free dance to selections from “Moulin Rouge!” is a character-driven with an easily-accessible storyline for old and new audiences alike.

Canadians Tessa Virtue and Scott Moir own three Olympic medals from the 2010 and 2014 Olympics, but want to add more to their collection

Canada’s Tessa Virtue and Scott Moir have four Olympic medals, but could win up to one more in PyeongChang.

Buzz about Cappellini and Lanotte: Instead of opening their Olympic season as planned, Cappellini and Lanotte had to withdraw from an early event due to Cappellini’s finger injury. His blade sliced part of her finger and it required stitches and a splint. She may never get sensation back in her finger, but a more complete recovery would’ve squeezed their prep time for the Games.

Season so far: The Italians won a small event before debuting on the Grand Prix series, winning a bronze in Japan and a silver in the U.S. They qualified for the Grand Prix Final and finished sixth. They won another national title before competing at January’s European Championships, where they placed fourth.

At the Olympics so far: Cappellini and Lanotte performed in the team event for Italy, where the team finished fourth overall.

Notes: Cappellini and Lanotte perform a more classical, theatrical style of ice dance. For example, their free dance is to the Oscar-winning “La Bella e Vita” soundtrack. From Italian, the title translates to “Life is Beautiful.” They wanted to bring something with Italian flavor to the Games, and, it doesn’t hurt that the 2018 World Championships are in Milan, Italy, in March.

Can anyone predict the ice dance podium for PyeongChang? "It feels like a coin flip, but instead of luck it’s going to be focus."

Buzz about Bobrova and Soloviev:  In the spring of 2016, Bobrova announced that she had tested positive for meldonium, the performance-enhancing drug that was added to the list of banned drugs earlier in the year. She claimed that she had not taken meldonium since it became banned and her suspension was lifted and none of her results were changed. They were not allowed to compete at the 2016 World Championships.

Season so far: Bobrova and Soloviev team earned two medals on the Grand Prix circuit to kick off their Olympic season. First, they captured a silver in Russia and followed it up with a bronze in China. Then, they won a small competition in Croatia before capturing their seventh national title. At Europeans in January, they upgraded to silver medals.

At the Olympics so far: Bobrova and Soloviev were on the silver medal-winning team event squad. They were the only holdovers from the Russian team who won gold in Sochi.

Notes: Russian athletes are competing as “Olympic Athletes from Russia” due to a sanction placed on the country by the International Olympic Committee for a widespread doping scandal. 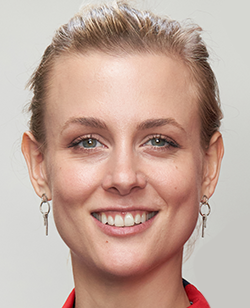 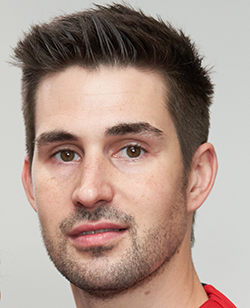