It couldn’t have ended any other way.

This time, Johansson, he of the mythical handlebar mustache, came through.

The content you never knew you needed but have secretly always yearned for.

Johansson, jumping last in the large hill team event, delivered Norway’s first ever team ski jumping gold on Monday, pitching a 137.6-point jump to clench the gold, blowing past Poland and Germany for the top spot. Norway, who led from start to finish, totaled an astonishing 1098.5 points. Germany finished second with 1075.7 points, narrowly holding off Poland at 1072.4.

"I did see on the top that we had 22 points on Poland before the last jump," Johansson said in his delightful accent. "That made me a bit calmer but anyway the nerves are coming more and more as it's closing in to your own jump. So I just tried to calm myself down and calm myself down good enough to deliver what it took. Nervous, but a fantastic feeling afterwards."

But to do so, our sweet Norwegian prince had to beat his PyeongChang demons.

It started with Wellinger winning the normal hill gold, edging out Johansson -- who won the bronze --  after Stoch fell short on the final jump.

The results flipped in the large hill final, with Stoch knocking off Wellinger for the gold on the final jump, while Johansson again finished third.

So it was no surprise to see the team event come down to the trio that has dominated PyeongChang’s ski jumping events.

But in the end, Norway was just too deep of a squad for defending gold-medalist Germany or Poland to hang with.

Then Daniel Andre Tande happened. The Norwegian kicked off the final round with a huge 145.5-point jump, 13.8 points better than the second-place jump in the first group and the second-highest score among all jumpers of the day. The mere fact that Tande was jumping in the opening group -- among each nation’s worst jumpers -- just shows how utterly dominant Norway was as a team.

Andreas Stjernen followed suit with a 139.8-point rocket -- again the highest score of the group -- as Norway pushed their lead to 28.5 points over Poland.

Johann Andre Forfang, representing Norway in the third grouping, did his part, keeping Norway on pace with a 129.7-point jump.

​So when Johansson sat on the gate to end the competition, gold was on his mind. No more bronzes. Just a shiny new gold on his mantle and for once, a stop atop the podium. For once, looking down at Wellinger and Stoch.

"It means a lot, of course," Johansson said of his three medals. "It means a lot for motivation of the upcoming season and what's left of this one. It's way over what I could have expected in my first Olympics and to be in this position, to feel fantastic and to feel more and more confident during your first Olympics is a special situation to be in. To top it off with a gold medal here in the team event is a dream come true for us."

​The gold is Norway's 28th medal of the PyeongChang Games, the most the country has ever won at a single Winter Games. The team is also on pace to shatter it's previous record of 31 total medals, set at the 1920 Antwerp Games.​

With their medals Monday, Johansson and Wellinger becames just the seventh and eighth ski jumpers ever to medal in all three events in one Olympics.

Also taking home medals for Germany are Richard Freitag, Stephan Leyhe -- who got the nod over Markus Eisenbichler -- and Karl Geiger.

Stoch, the world's top jumper, earned his first-career bronze medal to go along with three golds. Also earning medals for Poland are Dawid Kubacki, Stefan Hula and Maciej Kot. Kot's name translates to "cat" in english. That probably doesn't do much for his jumping, but it's a fun fact nonetheless.

With Norway doing the heavy lifting, the real competition came down to Germany and Poland for the silver with the lead swapping back and forth multiple times throughout the final round. After Wellinger wrangled a 138.3-point beast, it came down to Stoch.

"It was a really nervous moment," Kot said of watching the final jump. "I was a little bit freaking out, staying down here because sometimes it's better to jump, because then you think only on the ski jumping.

"When you stay down, you know that you did what you did and now you can do nothing, you're just waiting and it's a really long time for me."

Luckily, it wasn't up to Kot. Stoch's 134.4-point jump wasn't enough as Germany took the silver by just 3.3 points.

"The seconds were going really slowly and I wasn't really satisfied when the number came up on the monitor, but the medal is bronze, so after a couple of seconds we are really proud and really happy," Kot said.

"It's a historic moment for us because it's the first medal for Poland in ski jumping (team events)," Stoch said. "What can we say, we did everything that we could. It's a little bit (of a) pity because we were so close to the silver but we're happy."

Still, Wellinger continues to pile up the medals. Just 22 years old, Wellinger leaves the PyeongChang games with a gold and two silvers, as well as his 2014 gold in the team event. It's safe to say he's cemented himself as one of the sport's greatest.

"The whole team is happy about today's competition and think we could drink one or two beers today," Wellinger said.

Medals or beers, why stop at just one or two? Norway sure hasn't. 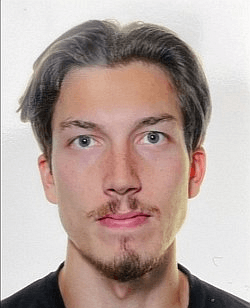 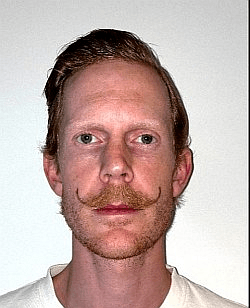