The 28-year-old Italian led after both the kneeling phase and the prone phase. During the standing portion of the event, Campriani and silver medalist Sergey Kamenskiy traded the lead.

Campriani and Kamenskiy were always far enough away from the rest of the competitors that the gold medal was going to be battled for between the two.

The excitement came on the final shot for the last standing shooters. Kamenskiy held a 0.6 advantage over Campriani, and Campriani fired a subpar 9.2 to seemingly hand the gold medal to the Russian.

However, Kamenskiy shot a dismal 8.3 to shock the crowd and give the gold medal back to the reigning champion.

Earlier in the week, Campriani took home the 10m air rifle gold medal as well. For Italy, this is their seventh shooting medal of Rio, the most they have ever won at a single Olympic Games.

Kamenskiy, 28, earns Russia’s fourth shooting medal of Rio. The Olympic debutant also finished fourth in the prone shooting event. His compatriot, Fedor Vlasov, was near the top of the leaderboard until he misfired and scored a 5.7. He would ultimately exit in seventh place. 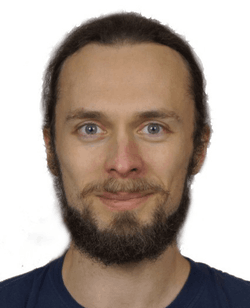