"I was very nervous," an emotional Murray said in his victory speech after the match. "I'll make sure I enjoy this one."

Murray was favored headed into the match, due to his versatile style of play that emphasizes longer rallies and strong returns. The Scot also had the dubious distinction of having competed in ten other Grand Slam finals, losing eight of them to either Switzerland’s Roger Federer or Serbia’s World No. 1, Novak Djokovic; what Murray lacked in major victories, he had earned in experience.

Though Murray maintained an edge throughout the final, the match was at times closer than the score indicated. In the latter two sets, Murray and Raonic often traded points and games until a tiebreaker was required.

Both Murray and Raonic were aided by big name coaches behind the scenes. Eight-time Grand Slam champion Ivan Lendl helped guide the World No. 2 to two major titles and an Olympic gold medal from 2012 through 2013, but parted with Murray in 2014. Llendl returned to Murray’s team last month. Raonic, meanwhile, sought guidance from seven-time Grand Slam winner (and ESPN commentator) John McEnroe.

Notably, a marquee name was also absent from the final: World No. 1 Novak Djokovic. The Serb had dominated the first half of 2016, winning titles at the first two majors – January’s Australian Open and June’s French Open. He was considered a strong candidate to win a calendar Grand Slam – titles at all four Grand Slam tournaments in a single year – but lost Wimbledon in a third-round shocker to the United States’ Sam Querrey.

Wimbledon 2016 is the last major tournament before the Rio Olympics, where Murray will enter as the reigning men’s singles gold medalist from London 2012. Coincidentally, the Scot lost that year’s Wimbledon Championships to Switzerland’s Roger Federer, but defeated Federer in the Games’ Gold Medal Match. 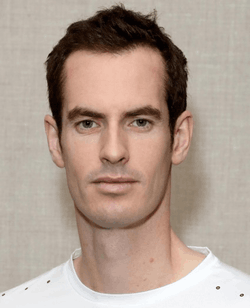