RIO DE JANEIRO (AP) — For a sport supposedly filled with folks who don't care about the Olympics, there sure was a lot of crying during the tennis competition at the Rio de Janeiro Games.

From Andy Murray, who became the first man or woman to win two singles golds. From Juan Martin del Potro, who earned the silver, losing to Murray 7-5, 4-6, 6-2, 7-5 in the final Sunday.

From No. 1 Novak Djokovic, who surprisingly lost to del Potro in the first round, a result that elicited tears from both men, one because a gold medal is just about the only thing missing from his resume, the other because he's had such a tough road back from repeated injuries.

And from Monica Puig, whose women's singles title gave Puerto Rico its first gold in any sport in Olympic history. Puig had done her best to memorize the island's anthem after her father emailed her the lyrics, but as that song played during a medal ceremony for the first time, she couldn't get out the words.

"If I would've stopped crying, I probably would have started singing," Puig said. "But I couldn't. I was choking up the whole time."

In the run-up to Rio, there was plenty of discussion about the relationship between the Olympics and tennis, which returned to the program in 1988 after a 64-year absence.

But watching and hearing those who did participate made clear what it meant to them.

"It's been a buildup of emotions over the last 10 days or so," said Murray, who began the Rio Olympics by carrying Britain's flag in the opening ceremony, then ended them by walking into his champion's news conference with a Union Jack draped over his shoulder, "and I'm just very happy that I got over the line tonight."

Here are some things to know about tennis at the 2016 Olympics:

MURRAY'S FORM: His victory over del Potro stretched Murray's winning streak to a career-high 18 matches, including a second Wimbledon title. Murray has participated in the four most significant matches of the year: all three Grand Slam finals (losing to Djokovic at the Australian Open and French Open, then beating Milos Raonic at the All England Club) and the Olympic final. "I need to try and keep that going," Murray said, "and the U.S. Open is always the next big goal." Play begins at Flushing Meadows in two weeks.

DEL POTRO'S RETURN: Considered the next big thing when he stunned Federer in the 2009 U.S. Open final at age 20, the 6-foot-6 Argentine first had problems with his right wrist, then needed three operations on his left wrist. Based on how he beat Djokovic, then Rafael Nadal, del Potro's powerful forehand might be better than ever. "If he stays fit," Murray said, "there's no reason why he can't be up at the top of the game."

DJOKOVIC AND NADAL: Djokovic was crestfallen to leave without a medal, then pulled out of next week's Cincinnati Masters, citing a sore left wrist. He won't play again until the U.S. Open. Will he look like the guy who won four consecutive major titles or the guy who lost in the third round at Wimbledon and first round of the Olympics? After Nadal missed 2½ months with an injured left wrist — unlike Djokovic, he's a lefty — no one knew what to expect in Brazil. But the Spaniard earned a doubles gold and just missed a singles medal.

SERENA WILLIAMS: It's not entirely clear what went wrong for Serena Williams, who lost in the third round of singles and the first round of doubles with her sister Venus (they won gold in all three previous Olympic appearances together). Given how the younger Williams usually responds to setbacks, it wouldn't be surprising to see her in fine form at the year's last Grand Slam tournament.

MEDAL COUNT: Despite what happened in singles and doubles to the Williams sisters, and even though the country's highest-ranked man, John Isner, opted to skip the Olympics, the U.S. wound up with the best haul: one gold (Bethanie Mattek-Sands and Jack Sock in mixed doubles), one silver (Venus Williams and Rajeev Ram in mixed) and one bronze (Sock and Steve Johnson in men's doubles). The only other country to win three medals was the Czech Republic, with bronzes from Petra Kvitova in singles, Lucie Safarova and Barbora Strycova in women's doubles, and Lucie Hradecka and Radek Stepanek in mixed doubles. 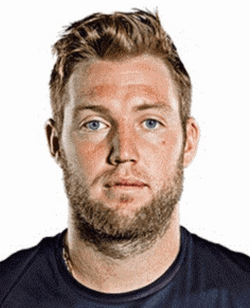