The United States successfully qualified four taekwondo athletes for the 2016 Rio Games. Among the delegation will be one of the most decorated fighters of all time, a 2012 bronze medalist, and a former alternate for Mexico's Olympic team.

Lopez will be making his fifth Olympic appearance in Rio and has competed in every Olympics since taekwondo first became an official medal sport in 2000. A member of the famous "First Family of Taekwondo," Lopez won gold medals at his first two Olympics, then captured a bronze in 2008. His last appearance in 2012 ended with a first-round loss, and it was later revealed that he had tried to fight with a broken leg. Lopez will be 37 during the Games, potentially making him the oldest taekwondo practitioner to ever compete at the Olympics. (The record is currently held by Japan's Yoriko Okamoto at 36 years, 352 days.)

Lambdin will make his Olympic debut in Rio. The Texas native wanted to be a superhero growing up, but found taekwondo to be the next best thing. His journey recently took him to Poland, where he trained with Wim Hof - also known as "The Iceman" - a man who has what some might deem "superpowers," namely the ability to regulate his autonomic nervous system and handle extreme cold. Lambdin's training included jumping off a waterfall and making a frigid climb up a mountain while wearing only shorts.

McPherson will return to the Olympics after netting a bronze medal during her debut in 2012. The fighter known as "McFierce" was defeated in a quarterfinal match in London, but advanced through the repechage to earn a spot in the Bronze Medal Match.

In 2010, Galloway became the youngest athlete (14 years old) to ever make it onto Mexico's national taekwondo team. She ended up as an alternate for the Mexican team during the 2012 Games, but afterwards returned to Texas - she held dual citizenship in Mexico and the United States - and joined Team USA. Galloway became the first American to qualify for Rio thanks to her finish in the final year-end World Taekwondo Federation rankings in 2015. 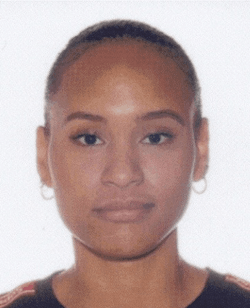