1471800483
at 1471800483 By: Associated Press
Share this
Four-time Olympican Reid Priddy got a chance to leave it all out on the court in the bronze medal match Sunday

One of the biggest ambassadors in men's volleyball for more than a decade, the 38-year-old American ended his fourth and final indoor Olympics in spectacular fashion Sunday, leading a five-set comeback that carried the U.S. to the bronze medal with a victory over defending champion Russia.

Yet Priddy will be remembered for far more than a medal. That he even suited up was an achievement. And it was not lost on those who played alongside him, watching as he recovered from a career-threatening knee injury. It was especially important to the younger players, who relished the chance to learn from him.

Who is... Reid Priddy

As he gears up for his fourth Olympics, Reid Priddy is gunning for his second gold medal in Rio

"I won before this game started," Priddy said.

He leapt high for kill after kill, blocked his heart out, dove to the floor all day to keep points alive. Priddy played the most he has in these Olympics on the final day at Maracanazinho arena, pulling his teammates into quick huddles between points, patting them on the back and high-fiving at every chance.

"It was hard especially at the end there to just focus, a lot of emotions," Priddy said. "It was special. Even before this game, I came to terms with the fact the relationships, the experiences, were worth it the last two years. All the growth, all the hardship."

Priddy bent his knees and pumped his arms when Matt Anderson pounded one ball home. And when Anderson ended it on another kill, Priddy found himself in the middle of a huge hug.

Now, change may be coming for man who has left such a legacy for the program. He will try to make it in beach volleyball. And, if his body cooperates, he will try to compete in Tokyo for one more Olympics.

"Reid Priddy was on fire," captain David Lee said. "I dedicate this match to him. He's one of the reasons we got this medal. He should be incredibly proud of the way he finished his career indoors."

Two months ago, Priddy became the improbable pick for coach John Speraw's 12-man roster. And Sunday marked a moment to celebrate for the outside hitter following the injury to his right knee two years ago in Bulgaria. He landed awkwardly after a high-flying hit, then lay face to the floor grimacing, his taped hand gripping his right knee. Doctors used tendon from his left knee to repair the torn anterior cruciate ligament in his right.

Priddy's shoes for the bronze match read "Far" on one and "Greater" on the other. As he waited for knee surgery, his career in jeopardy, he went to church one day.

"I don't do this a lot, but I had a burst of faith," he said. "It was one of those times, of maybe two times in my life, where an inaudible-audible voice said what I'm going to do is far greater."

Earlier this year, the father of two traveled to Italy to play professionally and find his rhythm leading to Rio. His wife and kids were there to greet him Sunday.

Priddy was just the second four-time Olympian for U.S. men's volleyball, and three-timer Lee has already said he is done with the national team after Rio. Together they captured gold in the 2008 Beijing Games. Now, Priddy and Lee are ready to go, knowing the program is in the hands of talented youngsters.

Trailing two sets to one, the U.S. men's volleyball team pulled off an epic comeback to follow in the footsteps of the American women and ta...

Speraw's players made the most of team meetings to get back on track in Rio, and the first-time Olympic coach is ready to take this learning experience and push on.

At some point, he will take time to thank Priddy again.

"More than anything," Speraw said. "I'm just so happy for him." 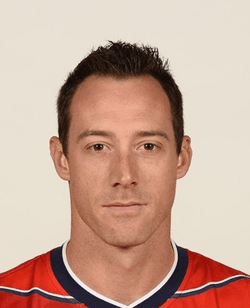 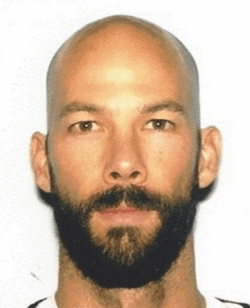