The king still reigns. After an incredibly hard-fought all-around final where Japan's Kohei Uchimura rarely sat in the lead, he pulled out a nearly flawless high bar routine in the final rotation to retain his crown as "King Kohei."

The Japanese gymnast is the first man since Sawao Kato in 1968 and 1972 to win two consecutive all-around Olympic titles.

Uchimura hasn't been defeated since the 2008 Beijing Olympics, and won the all-around gold at six straight world championships.

The humble athlete has said that he'd be happier to win the team gold than all-around gold, as he'd get to share the victory with his teammates. And he did just that in the team final, erupting with joy after his floor routine in the final rotation secured the gold for Japan.

Uchimura was much more serious throughout the all-around competition, especially as Ukraine's Oleg Verniaiev established and held the lead. While Uchimura didn't have any major mistakes, 22-year-old Verniaiev had the best competition of his life. He was the only man to earn a score over 16 points, a 16.100 on parallel bars, and the lone gymnast with only one score under 15.

The two both finished the competition on horizontal bar, with Uchimura going up just before Verniaiev. Uchimura's monster score of 15.800 put him back on top, but still within striking distance. In an electric arena, Verniaiev stepped up to his own high bar routine. He flew through the next 90 seconds, finally coming down to earth with his dismount--but no stick. With that small hop on the landing, Verniaiev scored 14.800 points. It was just a tenth of a point less than what he needed to clinch gold.

After absorbing the blow, Verniaiev draped himself in a Ukrainian flag and posed for pictures with Uchimura with a smile. Verniaiev has said that Uchimura is one of the gymnasts he admires most, and sportsmanship ruled the day. Uchimura silently paid back the compliment, pointing his thumb at Verniaiev as if to say, "What a competitor."

In third place was Great Britain's Max Whitlock, becoming the first British man to win an all-around medal at the Olympics in 108 years. Starting on pommel horse, where he's the world champion, gave him an early cushion to keep up with the field through his weaker events.

The two U.S. men in the final, Sam Mikulak and Chris Brooks, finished seventh and 14th respectively. Neither suffered a true fall, but Mikulak's knees brushed the mat on the landing of his vault and he had to stagger forward to stay upright. On pommel horse, Brooks fought hard to stay on and earned only his lowest score, 13.200. Afterwards, he reportedly said to his coach, "Man, pommel horse is hard!"

They had a lot to be proud of, though. Mikulak was one of the top men on parallel bars, while Brooks had the third-highest score on horizontal bar.

Mikulak will compete in the floor event final, where he had the top qualifying score.

Watch today's episode of The Daily Dismount, hosted by Tanith White, to see the medal ceremony and hear Jonathan Horton and Courtney Kupets Carter recap all of today's high-flying action. 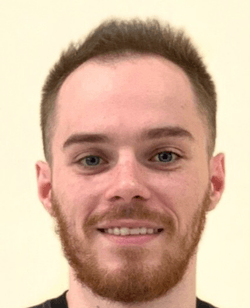 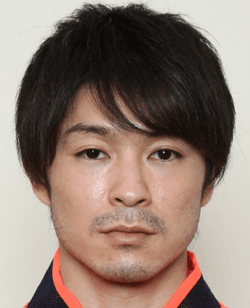