"As the first mass start I feel very happy to do this in front of my home crowd and I am honoured to get so much praise with this medal," Lee said to the media. "In the mass start it is like a dream to get gold and I can't put it into words."

Lee entered the race as the favorite having won the mass start world title in 2016.

Lee was able to win due to the help of his teammate Chung Jae-Won. Chung finished eighth, but was able to set the pace, giving Lee a chance to win in the final lap.

"My teammate helped me a lot. Because of that I was able to do a good job in the sprint at the end," Lee said after the race.

Bart Swings and Koen Verweij followed Lee on the podium. Both skaters entered the Games as medal contenders in various events, but had struggled up until the mass start.

"It means a lot. My family and my friends have supported me all the time," Swings said to the media." It has been a long Olympic Games, the last race. After the semifinal I felt very easy in the final."

Verweij was a part of the Netherlands' bronze medal winning team pursuit. In the team pursuit quarterfinal, Verweij was noticably off and had to be pushed to the finish line by his teamates and was replaced in the semifinal and final.

"I wasn't going as I wanted to because I was a little bit sick before. I came here for another colour but this was the best I could do. I gave everything and I have to be satisfied," Verweij said.

Which came first: Dutch dominance in speed skating or the Netherlands' love for the sport?

Joey Mantia was the final skater to advance out of semifinal 2 with three points. Mantia, the reigning world champion, finished ninth in the final.

“I was a little tired after the heat and tried to play safe. Three laps in tried to push and my legs cramped. I just didn’t have it. I felt OK, felt really good before," Mantia said after the race.

Brian Hansen missed out on the final after finishing in tenth with just one sprint point.

After being shut out in Sochi, the U.S. completed their participation in PyeongChang with one speed skating medal.

The International Olympic Committee announced in 2015 that the mass start would join the next Olympic program. 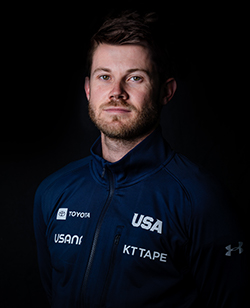