Laura Dahlmeier on Saturday won the first biathlon gold medal of the 2018 PyeongChang Games at the Alpensia Biathlon Centre in PyeongChang, South Korea.

Dahlmeier finished the women's 7.5km sprint in 21 minutes, 6.2 seconds and going a perfect 10 for 10 on her shooting bouts. She was one of three in a field of 87 to shoot all 10 of her targets clean.

It's the 24-year-old Dahlmeier's first Olympic gold medal of her career in her second Winter Olympics.

When asked after how she felt when she realized she was going to win, Dahlmeier said she felt nothing.

"Just empty," Dahlmeier said, "it is the biggest thing you could reach as an athlete.

"It is so amazing and I do not know what to say. I am so happy and proud of it because it was a hard race today. We had not so good conditions. It was really cold in the evening and also on the shooting range we had a lot of wind."

Abrahamson: Sometimes you do miss your shot

This, then, was the place. Susan Dunklee was the person. Sometimes, you just miss your shot as U.S. Biathlon remains without a medal.

Marte Olsbu of Norway took the silver medal, finishing in 21 minutes, 30.4 seconds and missing one of her five shots.

Veronika Vitkova of the Czech Republic won the bronze medal. She finished in 21 minutes, 32 seconds and missing one of her shots as well.

The bronze is the first Olympic medal of Vitkova's career.

"It was very hard," Vitkova said of her journey to the PyeongChang Games. "Last year, I did not have good results, but the last races of the year was much better.

"I used that as preparation for this Olympic season. I have not made changes. I have done the same things. I have just stayed focused on my races. I believe that it some time would (result in) a medal in the Olympics.

"This shows hard work pays off."

Coming into the PyeongChang Games, U.S. Biathlon believed this year was its best chance to capture its first-ever Olympic medal.

It was a miserable start for the Americans. Susan Dunklee, the U.S.'s best chance at medaling in the 7.5 km sprint, missed five shots — one in the prone position and four while standing — and fell out of medal contention early.

By finishing 66th, Dunklee failed to qualify for Monday's women's 10km pursuit. Only the top 60 from the sprint qualify for the pursuit, and now, the U.S. will be down their best hope at a medal. 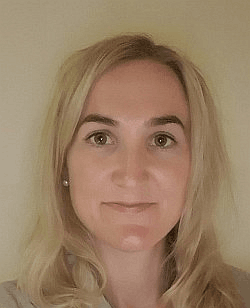