Kim Rhode’s sixth Olympic medal her most impressive yet

Kim Rhode’s sixth Olympic medal her most impressive yet

On Friday, the shooter carried curly-haired Carter while doing TV interviews after she became the first person to win Olympic medals on five continents with a bronze in the skeet.

Rhode is the first athlete to win an individual medal at six straight Summer Olympics. Italian luger Armin Zoeggeler has done so in the Winter Games.

Many would argue that a shooter doing this is far less impressive than, say, a gymnast or a swimmer.

The act of shooting requires fewer physical attributes, extending Olympic lifespans (the oldest Olympic medalist of all time is a shooter; Sweden’s Oscar Swahn collected six medals, all in his 60s and 70s a century ago, and Rhode has done her homework on him).

“Gymnastics, maybe you prime out in one or two Olympics,” said Morgan Craft, who was eliminated in the semifinals. “I know shooters that are 80-plus years old that still have an absolute blast and still shoot awesome scores.”

But at least recognize what it took for Rhode to get here.

Rhode fought tears reflecting on her four years since taking skeet gold in London, a difficult pregnancy followed by gall bladder removal in 2013. A doctor instructed her not to lift anything greater than five pounds after the surgery. She couldn’t hold Carter (eight pounds) or her gun (nine) for several weeks.

There were more significant health issues, for her and her husband, plus the deaths of six friends, according to The Associated Press.

Rhode said Friday that she wasn’t approved to walk more than one block until a couple of months ago.

"What the Olympics represent is that journey,” she said. “Overcoming those bumps, the obstacles, the good, the bad.

Rhode’s greatest obstacle these days at age 37 is endurance, which certainly wasn’t an issue when she became the youngest Olympic shooting champion at 17 at the Atlanta Games.

“Something I’m working to overcome,” she said. “Arms, upper body, those are things that definitely take a toll in shooting.”

She fought fatigue at the most nervous stages Friday.

Rhode advanced to the bronze-medal match through a shoot off that eliminated countrywoman Morgan Craft in the semifinals.

In the win-or-nothing bronze match, Rhode and China’s Wei Meng were tied at 15 apiece, requiring another shoot off.

It took another eight shots before Rhode was able to pump her first in front at the Deodoro Olympic Shooting Center, in front of a full crowd that included IOC president Thomas Bach.

"I always say the bronze is tough, the gold is easy,” Rhode said.

Rhode wasn’t sure at this time last year if she would be healthy enough to go another four years for a seventh Olympics. Her husband said she decided in the last few months that she was all-in for Tokyo 2020.

Next year, International Olympic Committee members will vote to choose the 2024 Olympic host city. If Los Angeles wins over Budapest, Paris and Rome, Rhode says she will go for an eighth Games. She is a native of Big Bear City, Calif.

Looking back, Rhode marveled at the fact that athletes received free pagers at the 1996 Olympics.

“Talking to some of the Olympians now, what’s a pager?” Rhode said. She’s been playing Pokemon Go with her teammates the last week.

Rhode has been staying at the athletes’ village in Rio, away from her family. But Carter, a homebody, has warmed to spending time at the shooting center as she has trained.

During the post-medal interviews Friday, Carter eventually lost interest in playing with microphone covers and wanted to be put down on his own two feet. The boy who has been learning three languages – English, Spanish and Chinese Mandarin – was given a Qatar Olympic team pin.

That seemed to occupy him enough as Rhode explained what keeps her going to a sixth and potentially seventh and eighth Olympics (the record is 10).

“Standing up there on that podium, it’s addicting, it has me coming back again and again,” Rhode said. “I think every emotion hits you at once. You want to run, scream, cry, and you just don’t know which one to do first.”

There is one more box Rhode, a collector of Olympic pins, classic cars and children’s books, would like to check off her Olympic list.

In 2012, Rhode said she came oh-so close to being a U.S. flag bearer for the first time. The Closing Ceremony is in nine days. Rhode is a worthy candidate.

“Carrying the flag would be incredible,” Rhode said, “but it’s been an amazing journey.” 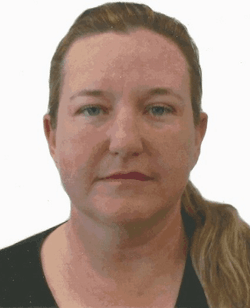