Jones exploded for two consecutive head kicks halfway through the first round to take a 6-0 lead.

Gomez came out quick in the second round, scoring two points but Jones put her on the ground to get a point back. Soon after, Gomez landed a push kick and a head kick to cut the deficit to just one.

In a thrilling final round, both competitors traded body shots, but Jones landed two head kicks in quick succession along with a body kick to take a 15-7 lead. She would earn another body shot.

Both fighters came out throwing kicks, but no points were registered during the first round.

Abuahaush earned a quick point for a body shot in the second round, but the rest of the round went scoreless.

After trading body shots to open the round, Abughaush struck with another body shot, then a flurry of kicks including a spinning head kick. The match was out of reach for the Russian afterwards.

Scoreless after three rounds, Wahba scores a body kick as Asemani comes forward. Wahba runs to the crowd and grabs an Egyptian flag to run around with.

After a scoreless first round, the competitors traded body kicks late in the second round.

In the final round, Gonzalez stung Contreras with a head kick to go up 4-1, and held on late.

The first registered strike belonged to Zenoorin, who connected to the body of Glasnovic. The lead was doubled when Glasnovic fell out of bounds.

Zenoorin landed a head kick to go up 5-0, and rode defended well to end the match.

It was a slow opening round until Achab landed a head kick to go up three with less than five seconds remaining.

Right off the bat in the second, Dae-hoon struck his own head kick then scored on the body to go up one. Achab would equalize before the round ended.

Achab would take the lead at 5-4, but Dae-hoon would land two head kicks to rally for the lead, all through injury. 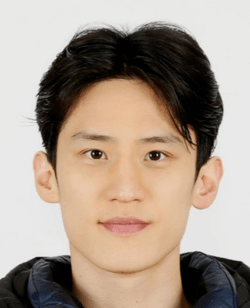