For internet sensation Pita Taufatofua, 'this is only just starting'

For internet sensation Pita Taufatofua, 'this is only just starting'

Pita Taufatofua has a simple message to young Tongans back home.

"It's your turn next," Taufatofua told NBC on Friday. "I had my turn. You guys got to come and take it to the next level. I finished. You guys come and finish better than I finish."

For any other Olympic cross-country skier, this would not be a story to remember.

But Taufatofua isn’t just any other cross-country skier.

No, Taufatofua is an internet phenomenon for his shirtlessness.

“I don’t know about the most popular man but I’m the coldest man,” Taufatofua told reporters after completing the freestyle. “I think it’s because I’ve got clothes on, but I don’t know.”

The 34-year-old broke onto the worldwide stage at the 2016 Rio Games. Not for breaking taekwondo Olympic records, or any other athletic achievement, for that matter.

No, Taufatofua became famous for something else.

During the Opening Ceremony of the Summer Olympics in Rio de Janeiro, Taufatofua walked with his oiled, muscular bare chest glowing without a shirt while holding the Tongan flag.

In the digital age, it didn’t take long for a nickname to blossom.

Taufatofua qualified for the PyeongChang Games as a cross-country skier, in a sport he’s been in for less than a year. When he arrived, he said the Shirtless Tongan would not make a comeback.

Nonetheless, when it was Tonga’s turn to walk at the Opening Ceremony at these Games, the Shirtless Tongan returned, to great fanfare.

Qualifying for the Winter Olympics was a worthy accomplishment in itself. Finishing the individual event is something else.

And he didn’t finish in last place. That title goes to German Madrazo, of Mexico, who crossed the finish line waving his Mexican flag. Two skiers did not finish and one was disqualified.

“We are going to have a good laugh,” Taufatofua said, “because I know those two. Everyone was at the front racing to come first, we were racing not to come last.”

Before the freestyle, Taufatofua set two goals. One, don’t hit a tree – a goal any amateur cross-country skier thrives for every time they hit the snow. Two, finish before the lights go out.

“I didn’t fall,” he said. “I was coming into the last lap thinking, ‘Please God, not in front of everyone, don’t give me my first fall. Let me finishing strong.’

“I’d rather be finishing toward the end of the pack with all my friends than in the middle by myself. We fought together. We finished together.”

Tonga, an island in the South Pacific, isn’t known for its snow. In fact, quite the opposite. It’s a warm-weathered environment. So the cold, the snow, isn’t quite what Taufatofua is used to. Combating the cold didn’t require anything special, he said.

“I ate some kimchi,” Taufatofua said, “and that kept me nice and fiery.”

With two Olympics down, Taufatofua isn’t going away anytime soon.

“This is only just starting,” he said.

Gear up like Gus Kenworthy and your favorite Team USA Olympians! 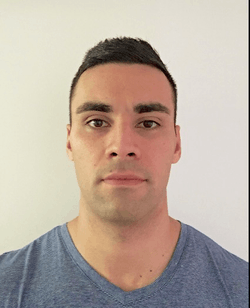