The Czech Republic may have triumphed against South Korea 2-1 to open its Olympic campaign, but at the end of 60 minutes, it was clear that the hosts—No. 21 in the world compared to the Czech’s No. 6 ranking—very much belong in this year’s Olympic field.

South Korea took the ice in a raucous Gangneung Hockey Centre and showed no fear taking on its heavily favored opponents. The Koreans established an aggressive forecheck and played physically from the start, and it paid dividends early.

Cho Min-Ho sent the crowd into a frenzy at 7:34 in the first period, firing a low wrist shot that squeezed underneath Pavel Francouz’s blocker to give the underdogs a shock 1-0 lead.

"It was a pretty amazing moment for all of us and for all of Korea," South Korea forward Mike Testwuide said. "I thought we battled, and we played hard."

Unfortunately for the home team, it didn’t last long. The Czechs took advantage when Bryan Young was sent to the box for hooking midway through the first: Michal Repik fired a pass from the left wing into the crease, where Jan Kovar was waiting for an easy equalizer.

The Czech Republic pushed ahead late in the first period with a short-handed score. After making a spectacular, sprawling blocker save earlier in the game, Korean goaltender Matt Dalton gave up a soft goal on the man advantage. Repik fired a shot into Dalton’s chest, but the rebound dribbled out, allowing an alert Repik to bury his second effort.

But Dalton regrouped quickly, making numerous tough stops to keep South Korea in the contest as the Czechs ratcheted up the pressure. Neither team found the back of the net in the second period, and despite multiple power plays for each side, the scoring drought continued well into the third—largely thanks to Dalton’s efforts.

The 31-year-old finished with 38 saves on 40 shots in an impressive Olympic debut.

"Their goalie is great: When you put your shots on, he stops it," Czech forward Martin Erat said. "You've just got to be patient and just try to go one minute at a time."

South Korea pushed for a tying goal throughout the final frame but were unable to level the score. A late flurry with an empty net gave the Czech Republic one last scare before the final horn.

The loss leaves the hosts with a mountain to climb in order to earn a bye to the quarterfinal. But with all teams at least advancing to the qualification playoffs in a wide-open tournament, South Korea's medal pipe dream remains alive no matter what happens in its remaining preliminary-round games against Switzerland and Canada.

And after the team’s opening performance, a spot on the podium doesn’t seem nearly as far-fetched a possibility as it appeared before puck drop.

"I don't know what everyone expected, but we are here to play hockey and we are here to compete," Testwuide said. "Everyone thinks we are nothing, [but] we are a team. We are good, and we can play with these guys." 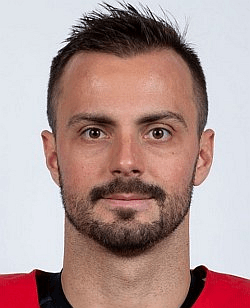