Heroes de Janeiro: Gymnasts that brought the Olympic Arena to its feet

Heroes de Janeiro: Gymnasts that brought the Olympic Arena to its feet

1470661620
at 1470661620 By: Julia Grassie
Share this
The most heartbreaking and heartwarming moments from the first two days of Rio's gymnastics competition

Over the two days of qualifications, nearly 200 gymnasts flipped, twisted, soared and crashed through the Olympic Arena in Rio. And all throughout, the enthusiastic crowd chanted, cheered, leapt to their feet and occasionally covered their eyes.

Here are the most emotional routines from the men's and women's gymnastics qualifications.

Team Brazil puts on a show at home

Both the Brazilian men and women qualified for the team final by placing in the top eight: the Brazilian women finished fifth, establishing themselves as dark horses for a team medal, while the men finished sixth.

The Brazilians showed their heart and pride with every routine, drinking in the roars of the crowd and waving to the screaming fans.

Olympic legends vault their hearts out

35-year-old Marian Dragulescu and 28-year-old Catalina Ponor of Romania both made their Olympic debuts 12 years ago at the Athens Olympics, and both are medal contenders again in Rio. That's impressive, until you compare them with Uzbekistan's Oksana Chusovitina. The 41-year-old became the first gymnast ever to compete in seven Olympics. Chusovitina, who won vault bronze at the 2008 Beijing Games, hasn't missed a single Olympics since the 1992 Barcelona Games.

Chusovitina and Dragulescu will compete for medals in the vault finals, while Ponor will aim for the podium on the balance beam.

Samir Ait Said went down but not out

Many in the Olympic Arena shielded their eyes in shock when French gymnast Samir Ait Said broke his leg on the landing of his vault. But as he was carried out on a stretcher, the crowd gave him a standing ovation which meant everything to Ait Said.

In an interview with the International Gymnastics Federation, Ait Said said:

"When leaving the arena I already saw everyone standing up. That's the value of the Olympic spirit. We are not a country but an identity: we are Olympians. When I waved to the public to thank them, everyone applauded. Even amidst my misfortune, it was an extraordinary moment. The proof is that I didn't even cry.

"This was a human experience. Even the Vault judges supported me. They were saddened and I wish to thank them for their kind words. On social media, many people wished me a speedy recovery and above all that they said that they want to see me come back stronger at the Tokyo Games."

Unfortunately Ait Said was not the only gymnast who was injured during qualifications. Just moments before Ait Said's vault, German gymnast Andreas Toba hurt his knee on floor exercise. Forced to stop his routine after the first tumbling pass, Toba received a score of just 1.366 points.

Most gymnastics teams come to the Olympics with alternate athletes who are ready to step in if one of the five team members is injured before the competition starts. But once qualifications begin, an alternate can no longer be swapped in. So Germany, hoping to qualify for the team final, faced the prospect of competing with just four gymnasts.

Toba knew that his team needed him, so he wrapped up his knee and got back up on the horse: the pommel horse. After getting through his routine cleanly, the other German gymnasts came up to the podium to carry the tearful Toba down.

A similar situation played out in the women's qualifications. 17-year-old Ellie Downie of Great Britain proved that she was as formidable as the lion on the front of her leotard when she came back after a crash on floor to compete two vaults. She qualified for the all-around final and helped the British women advance to the team final.

History in the making for Armenian gymnast

Houry Gebeshian didn't make any Olympic finals, but she got her name in the history books--twice. First, she became the first female gymnast to represent Armenia. Then she competed a risky uneven bars mount, propelling herself over the lower bar up to the high bar with a full twist in between. Not only did it look impressive, it had never been done before in competition. It will now be known in the gymnastics Code of Points as The Gebeshian.

Cheering for the other individual gymnasts in her mixed groups and kissing each apparatus after her routine, Gebeshian may have had the most fun in qualifications. 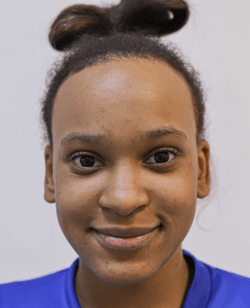