1470859800
at 1470859800 By: Nate Stuhlbarg
Share this
An eight-discipline diving sweep is out for China after Great Britain's strong program Wednesday in the men's synchronized 3m springboard

Jack Laugher and Chris Mears stuck a wrench in China's plans for total domination in Olympic diving with an impressive program to take gold in the men's synchronized 3m springboard event Wednesday in Rio de Janeiro.

As the rain fell at Maria Lenk Aquatics Center on a cool day in Brazil, Laugher and Mears posted a total of 454.32 points to secure Great Britain's first ever Olympic diving gold.

USA's Michael Hixon and Sam Dorman put together a clean 450.21-point list to place second and earn the silver medal, finishing higher than the United States ever has in the men's synchronized 3m springboard. (Troy Dumais and Kristian Ipsen won bronze in 2012.)

Dorman's day: Throw up 'The U,' win silver medal in synchronized diving

"(1992 Olympic silver medalist) Scott Donie told us a great thing. He told us to pray for rain, and today we got that," Dorman said. "We had bad weather conditions, and both us were very excited the weather was bad. I train in Miami. I’m used to diving in bad weather. Having this was definitely a benefit for us."

It was just the second competition for partners Hixon and Dorman, who out-pointed the Chinese and earned the second silver for Team USA in the 2016 Rio Games after David Boudia and Steele Johnson finished second in the men's synchronized 10m platform event on Monday.

It was a strong showing for USA's David Boudia and Steele Johnson in the men's synchronized platform, but not enough to compete with China

With podium placement on the line in the final round, a bit of confusion regarding Mexico's final dive stalled USA's Hixon and Dorman. But in just their second competition together, the pair of Olympic rookies stomped a forward 4.5-somersault dive that carried a 3.8 degree of difficulty for their highest score, a 98.04.

"I was definitely very excited and definitely in the moment," Hixon said. "I was so happy with our performance. We had a pretty big lead on fourth place going into the last dive, and as soon as that dive happened, I was pretty sure we had a medal. I just didn’t know what color."

China's Cao Yuan and Qin Kai, who led after the first two rounds and were the favorites going into the event, posted a total of 443.70 points for bronze.

The defeat for China is its first in a synchronized diving event since an improbable final in 2004 when heavy underdogs Nikolaos Siranidis and Thomas Bimis from host country Greece won gold. It took a belly flop from Wang Kenan, which dropped China from first to last, and huge errors from Americans Justin and Troy Dumais, who were in second place, and Russians Dmitry Sautin and Aleksandr Dobroskok, who were in third, to clear the way for Greece's first ever diving gold medal.

Germany's Patrick Hausding has endured a difficult week of competition. He placed fourth in the synchronized 10m platform with partner Sascha Klein on Monday and again finished one spot short of the podium alongside partner Stephan Feck in the 3m springboard on Wednesday.

Dorman tweeted shortly after the event ended and before the medal ceremony: "SILVER MEDAL! LET'S GOOOOO!"

The men, including USA's Hixon and Ipsen, will get back on the springboard for the individual event beginning on Monday, Aug. 15 at 2:15pm ET. 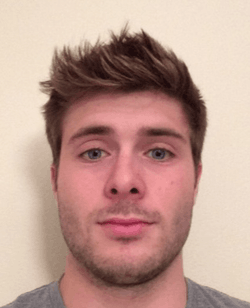 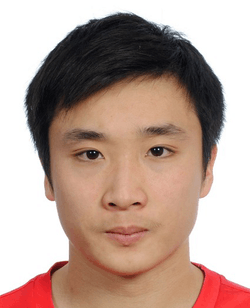