Germany knocked off the Netherlands in a 4-3 shootout victory to earn the men’s field hockey bronze medal.

The rematch of the gold medal match from London was nothing short of dramatic.

This game stayed close through and through, beginning in the first two quarters of play. Both teams entered halftime scoreless, not having been able to make any of their scoring opportunities count.

The Dutch defense made some outstanding plays to prevent Germany from getting an early lead. Florian Fuchs beat the Netherlands goalkeeper Jacob Stockmann to get an open shot, but a Netherlands defender swooped in to block it.

The action got started in the third quarter when 17-year-old Jorrit Croon, the youngest player out there, put the Netherlands on the board.

Germany quickly answered when Martin Haner tied it up with about four minutes remaining in the third.

It all came down the fourth quarter of play.  Linus Butt had the opportunity to take the lead, but Stockmann came up with a huge save to keep the teams level.

Nicolas Jacobi also made some key saves as seconds remained on the clock, which ultimately sent the game into a shootout at a 1-1 score.

Ultimately, it would be Jacobi who would hold off the Netherlands in the shootout victory.

Click to head for the field hockey News Feed where you'll find every story and video the moment they land on NBCOlympics.com!

Germany, who came into the Olympic tournament in search of its third consecutive gold medal, lost that chance after a big win from Argentina.

However, they will still walk away from Rio with another spot on the podium and a bronze medal finish to add to the books. 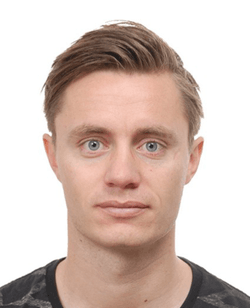