"Everyone knows how good the Germans are but we will (be) fighting until the end," Wilhelm Denifl of first-placed Austria claimed before the 4x5 kilometer relay.

​Well, fighting for second that is.

No, you’re not reading an old recap.

They just did it again.

It didn’t take long for him to surrender the lead to Germany’s Vinzenz Geiger, who pulled even with the leader just after the kilometer mark. By the end of the first leg of the relay, Geiger had opened a 12 second lead (!) over Norway’s Jan Schmid, who too had surpassed Denifl.

Thursday’s gold completes the Nordic combined sweep for Germany, as Frenzel won the normal hill, while Rydzek won the large hill – Riessle and Frenzel won the silver and bronze.

​"It's crazy. We didn't expect that before the Games," Rydzek said of German'y dominance. "I know we are in a good shape but (we have) not all worked together before. We always believed in us and had a good spirit here in PyeongChang.

"Other times will come. We're enjoying it now. I think there are also some great nations - they showed in the World Cup before it's not always Germany. But here in PyeongChang I think we did a great job."

First, let’s get the history out of the way. Warning: There’s a lot of it.

The final two legs -- by Frenzel and Rydzek -- well, you can guess how that went. But the real race was in the three-man pack for silver and bronze.

Defending gold medalist Norway, Austria and Japan were within five seconds of each other at the 10km midpoint. Austria and Norway quickly shed Japan, as the former pulled six seconds ahead of the latter at the final exchange.

In the final leg, Norwegian 2014 large hill gold medalist Jorgen Graabak was too strong for Austria’s Mario Seidl to keep up with, as the race for silver, too, quickly became uncontested.

"This championship maybe hasn't been the best for us," Norway's Espen Andersen said. "I think when you get a medal at the Olympics, you can't complain about that.

"There have been ups and downs, but when you end like this with a medal, this is all you have to think about."

After hanging around all week, Austria’s ski jumpers were finally able to put it all together Thursday and hold a six-second lead over Germany heading into the relay.

Austria’s Franz-Josef Rehrl led after the ski jumping portion in the normal hill event last Wednesday. His teammate Lukas Klapfer sat in fourth. In the end, Rehrl faded off the podium, while Klapfer won the bronze.

In the individual large hill event Tuesday, Denifl sat in third through the ski jumping but tied for seventh.

​In both events, the Germans skulked up on the Austrians, stealing multiple medals in the process.

Denifl again had the farthest jump of the day, a 138.5-meter leap for a team-high 124.4 points. Overall, the Austrians -- Denifl, Klapfer,Seidl and Bernhard Gruber -- led the event with 469.5 points.

Again, the Austrians’ strong ski jumping has them in podium position, but the Germans were too strong in the cross-country.

Frenzel, Rydzek (gold) and Riessle (silver) all blew past Denifl in the large hill event, but it was Geiger who had that honor in Thursday's team event.

Arguably the best cross-country skiers in the Nordic combined events, the six-second deficit was nothing to the German squad. Frenzel overcame a 36-second deficit in his win while Rydzek shrugged off a 31-second delay in the large hill. ​

"Germany was better than us today and they have been the best team this past few weeks and it was well deserved, the gold medal for them today," Graabak said.

"Of course we were hoping to give them some more fight but we're just happy with the silver today. It's a victory for us."

​The American men again struggled, finishing last in the 10-team field, 5:16.7 behind Germany and 1.7 seconds behind ninth-placed Poland. 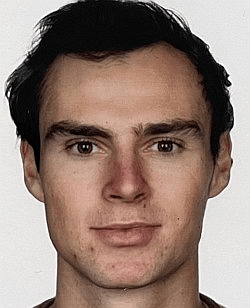