Ledecka, the No. 1 ranked athlete in women's parallel giant slalom snowboarding, qualified for the finals of that event with the fastest time, then won four consecutive head-to-head races to claim her second gold medal of the PyeongChang Olympics.

Along the way, the Czech snowboarder dueled — and defeated — reigning Olympic champion Patrizia Kummer of Switzerland and a pair of Germans ranked No. 2 and 3 in the world.

With the win, Ledecka is the first woman to win gold medals in two different sports at the same Winter Olympics.

She's also the third athlete overall to accomplish the feat and the first since 1928. (A Norwegian man won gold in both cross-country skiing and Nordic combined that year.)

Her first victory came one week ago in the super-G Alpine skiing event. Ledecka, ranked 43rd in the world in super-G, stunned everyone — the announcers, her competitors, even herself. The race had already been called when Ledecka, the 26th skier to run, bombed down the course and finished with a time 0.01 seconds faster than defending Olympic champion Anna Veith.

Ledecka was so surprised to see herself in the lead that she had to be told by a cameraman that she was winning the event. Shortly after, she showed up to the press conference wearing goggles because, in her words, "I was not prepared to be at this ceremony, and I don’t have any makeup."

That was the last Alpine skiing event that Ledecka participated in at these Olympics. She decided not to compete in downhill — an event she's actually better at than super-G — so that she could focus on snowboarding.

That's because Ledecka was entering as the gold medal favorite in parallel giant slalom. (She has won Alpine snowboarding's overall World Cup title two seasons in a row and is in position to win it again this year. She's also the reigning world champion in PGS.)

Sure enough, the day started off with Ledecka dominating the qualifying round. She finished more than one second ahead of everyone else, which gave her the No. 1 seed for the elimination rounds.

The biggest advantage of having that No. 1 seed is that it allowed Ledecka to choose which course she wanted to use for each heat race. (Parallel giant slalom features two side-by-side courses that the athletes race down.)

Ledecka was able to pick the faster red course for each of her races, though she may not have even needed that extra edge. Her speed was on another level throughout the whole event.

Joerg's teammate, Ramona Hofmeister, was victorious in the small final, giving Germany the silver and bronze medals behind Ledecka.

In PyeongChang, Ledecka became the first athlete to ever compete at the Winter Olympics in both Alpine skiing and snowboarding. At least for now, it's something that she plans to continue doing.

"As long as I have fun with both, I will probably do both and we’ll see what happens," she said.

There was also history made in the men's parallel giant slalom event, as Lee Sang-Ho of South Korea captured the host nation's first-ever Winter Olympic medal on snow.

Nicknamed the "Napa Cabbage Boy" because he learned to snowboard on a frozen cabbage patch that was turned into a sledding slope, Lee gave the local fans a lot to cheer about as he battled his way into the big final.

There in the big final, he met up with Switzerland's Nevin Galmarini, the 2014 Olympic silver medalist. Galmarini won the race by 0.43 seconds to capture his first Olympic gold medal, leaving Lee with the silver.

Slovenia's Zan Kosir won the men's small final to take bronze. It's his third Olympic medal after earning bronze in PGS and silver in parallel slalom four years ago in Sochi. He is now tied with Shaun White, Kelly Clark and Jamie Anderson for most career Olympic snowboarding medals. 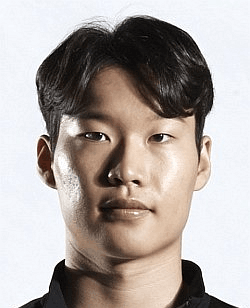