Darya Domracheva’s time was running out.

From there, it was smooth sailing to women’s biathlon history.

"It's unbelievable," the 31-year-old said of her accomplishment. “It means that the day when I chose to go on ski and do sport was the right day and the right decision to start with biathlon.”

After the first exchange, Belarus was sitting in 10th place but a strong second and third leg from Kryuko and Alimbekava, respectively, put Domracheva in position to make her move on the final leg.

"You can see how we are Olympic champions and I could say that the whole team was really, really strong," Domracheva said. "Our coach made us strongest on the shooting range and we were very, very good on the skis. Our whole team achieved this."

As it turned out, that was more than practicable for Domracheva to overcome. Domracheva departed the first shooting bout and then built a 24.8-second lead over Bescond.

Then came trouble. Domracheva missed three targets in the standing position at her final shooting bout. That made it a race, momentarily, at least.

Still, Domracheva left the shooting range first and slowly gained time on her opponents. By the 5.6-kilometer mark, it was clear she was going to claim gold.

The gold medal is Belarus’ first-ever medal in the women’s 4x6km relay, and the first gold medal for Skardino, Kryuko and Alimbekava. It was Domracheva’s sixth career medal.

As Domracheva sprinted toward the finish line, her husband, Ole Einar Bjoerndalen, famously nicknamed the “King of Biathlon,” was spotted cheering her on.

Bjoerndalen, who didn’t make Norway’s team in PyeongChang but is with Belarus in a cheerleading role, entered these Games as the most decorated Winter Olympian with 13 medals.

That title has since been handed to fellow Norwegian Marit Bjorgen, who has earned medals in all four of her events and has 14 Olympic medals with one race left in cross-country skiing.

The King of Biathlon cheerleading in PyeongChang

The king is not dead -- Ole Einar Bjoerndalen's just testing his skis as the best cheerleader he can be for his wife, Darya Domracheva.

“The first words that I heard from him,” Domracheva said of Bjoerndalen, “I heard on the track before the finish line. He was there and he supported me. He gave me some information about the second-placed girl who followed me.

“After the finish, I cannot remember exactly the words, but I can just tell you about his emotions. It was the same emotions I had – big celebrations and happiness. He felt the same as we did.”

In the final women’s biathlon event in PyeongChang, U.S. Biathlon failed to capture its first Olympic medal despite a strong first leg by Susan Dunklee and a solid second by Clare Egan. Joanna Firesteel Reid's penalties on the third leg put the U.S. out of contention.

The U.S. finished in 13th place and just over two minutes behind Belarus.

With expectations coming into these Games, perhaps for the first time ever, it’s safe to say the U.S. will come home disappointed. The women failed to qualify for two of five individual events.

Team USA has one final chance in PyeongChang to get their first Olympic medal when the sport concludes Friday with the men’s 4x7.5km relay.

Biathlon is the only winter sport the U.S. does not have an Olympic medal in.

Germany entered the relay as the favorite but fell out of podium contention early despite having Laura Dahlmeier anchoring. By the time Dahlmeier entered, the Germans were already done.

Dahlmeier, 24, leaves PyeongChang in her first Olympics with two golds and a bronze.

“It was a really crazy race,” Dahlmeier said. “I think we started the race as the favorites and in the end, we were disappointed and sad. They were tough conditions outside but the other teams – they could manage it. For us, it was not possible. 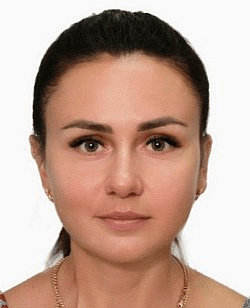