The U.S. won its first curling gold medal after beating Sweden 10-7 early Saturday morning. The country stayed up until after 4 a.m. ET to watch what has been dubbed the "miracurl on ice" and to tweet about the country's new favorite sport.

Mr. T jumped on the curling bandwagon early, and even called the team before the gold-medal game. Needless to say, he's quite pleased. 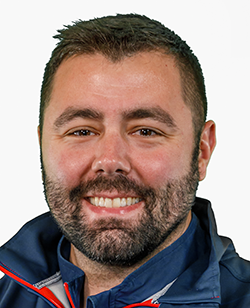