Matt Hamilton met up with Canadian mixed doubles curler John Morris for what appears to be the age old curling tradition of “broomstacking.”

Morris posted a photo on Instagram of him and Hamilton with their arms around each other holding beers (Molson, because he is Canadian of course).

He captioned the photo: "I know its the Olympics... but at the end of the day its still curling."

Broomstacking is basically just meeting up with your opponent to socialize and possibly share a drink after a game. The term comes from when players back in the day would stack their brooms on top of each other while taking a break from playing.

Hamilton explained it best to reporters prior to the Games.

Broom stacking is something they did back in the day. About half way through the game all the old guys would put there brooms in the middle of the ice and go inside to go take a shot of scotch.

And while curling may be all about etiquette on the ice, off the ice it’s a totally different story.

“I don’t want to throw any specific country out there, but it is a fact that after your team is disqualified everyone goes out and has a good time,” Hamilton said.

Hamilton and Morris are good friends off the ice, and embraced in a hug before they played each other earlier this week. While the Hamiltons won’t be going for gold in mixed doubles, they’ll have a chance on the U.S. men’s and women’s teams starting next week.

Morris and Canadian teammate Kaitlyn Lawes are 5-1 in PyeongChang, tops among all mixed doubles teams. 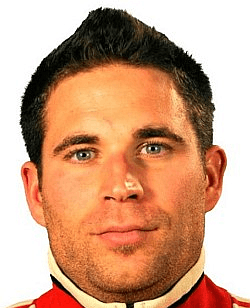 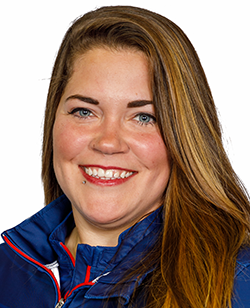