Zhao came out firing, scoring three body shots and defending valiantly in the first round.

To start the second round, Hanprab, just 18 years of age, came out and scored a quick body shot, but soon after fell down to award a point back to Zhao.

In a frantic third round, Zhao earned a quick point, but Hanprab scored a three point head kick to cut the lead to one. Zhao quickly extended his lead with another body shot, and defended well to run out the clock.

Kim So-hui defeats Tijana Bogdanovic in a wild finish to win the gold medal in the 49kg division.

So-hui, 22, started off the first round recording two points on seperate push kicks, but Bogdanovic got a point back on a thunderous body kick.

The second round was a stalemate until, Bogdanovic went for a punch and So-hui countered with a head kick. Bogdanovic earned back a point when So-hui fell.

So-hui opened the third round scoring to make it 6-2, but Bogdanovic cut it to 6-5. So-hui got a point back to make it 7-5, but in the final seconds Bogdanovic made it 7-6 and almost 7-7 but time had just run out.

Though So-hui is a two-time World Champion, this is her first Olympic gold medal. This is South Korea's 11th taekwondo gold medal.

After a scoreless first round, Abakarova hit Aziez to go up 3-0. Aziez earned a point back before the second round ended.

Abakarova struck with a head kick to go up 6-1, then knocked Aziez down to go up 7-1.

Final score: 7-2 in favor of Abakarova.

Pie led five to nothing, but with almost no time remaining, Cabrera landed a spinning head kick to tie it up.

In the sudden death round, Pie scored a body kick with 22 seconds remaining.

Final score: 15-3 in favor of Wongpattanakit.

The first round was scoreless, and the only score of the second round came on a head kick with just under 30 seconds remaining from Tae-hun.

After a good start to the final round by Tae-hun, Valdez put it all on the line, and almost completed the comeback.

After a scoreless first round, Jingyu scored the sole point in the second round with a body kick.

In the third round, Abakarova and Jingyu traded body kicks, but Abakarova then delivers a head kick for three points and holds onto the win against the two-time gold medalist.

Final score: 4-3 in favor of Abakarova.

Cabrera opened up a 4-0 lead in the first round. No scoring occured until the final second when Cabrera ran out of bounds to secure the win.

Final score: 4-1 in favor of Cabrera.

Wongpattanakit dominated the first but only lead by 2-0.

Canseco fell twice in the second round giving Wongpattanakit a 3-0 lead.

The third round got more intense, as Canseco scored a body kick and almost staged a comeback.

Final score: 4-2 in favor of Pattanakit.

With just under a minute left in the second round, Tae-hun landed the first strike of the match, a three point head kick.

In the third, it was more of Tae-hun's defense setting the tone en route to a win. 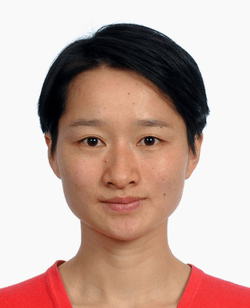 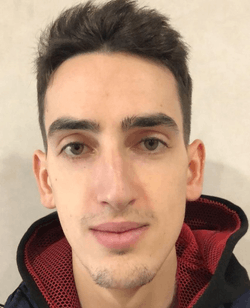