1470685320
at 1470685320 By: Nate Stuhlbarg
Share this
It was a strong showing for USA's David Boudia and Steele Johnson in the men's synchronized platform, but not enough to compete with China

Chen Aisen and Lin Yue made it a perfect two-for-two for China in Olympic diving on Monday afternoon, running away with the gold medal in the men's synchronized 10m platform event at the Maria Lenk Aquatic Center in Rio de Janeiro.

American's David Boudia and Steele Johnson turned in a strong performance to score 457.11 points and secure the silver medal, but China finished nearly 40 points ahead with an Olympic record score of 496.98.

Mexico's Ivan Garcia and German Sanchez, who took the silver medal in 2012, placed fifth with 423.30 points.

Chen and Lin received a number of 10s from the judges in both execution and synchronization for their fifth dive -- a forward 4.5 somersault that carried a degree of difficulty of 3.7 and earned them 106.56 points.

Lin, who partnered with Huo Liang and took gold in the 2008 Olympics, is the first ever individual to win multiple gold medals in the men's synchronized 10m platform.

The silver is the highest the United States has ever placed in the event, marking the first career medal for 20-year-old American Johnson in his first event. It's the third Olympic medal for Boudia, who partnered with Nick McCrory in 2012 to win bronze in the synchronized platform and is the defending champion in the individual platform.

The American duo showed great poise, turning in their highest-scoring dive with the pressure on in the final attempt.

"We did that last dive the best we could," Johnson said. "We left it all out there."

"It was cool, walking up those stairs together tonight, it was just like we were back at Purdue University in training," Boudia said. "We were at ease. Yes, we’re at the Olympic Games and there’s millions of people watching, but this was the most fun I’ve had a competition in a really long time.”

"It wasn't the most nervous I've ever been," Johnson said in a Facebook Live broadcast after the event. "I was able to control the nerves pretty well, I thought."

After Wu Minxi and Shi Tingmao dominated the women's synchronized 3m springboard, China, which swept the synchronized events in both 2008 and 2012, has now won gold in 15 of 18 events since synchronized diving was installed in the Olympics in 2000.

The men will return to the tower for the individual 10m platform event beginning on Friday, Aug. 19 at 3pm. 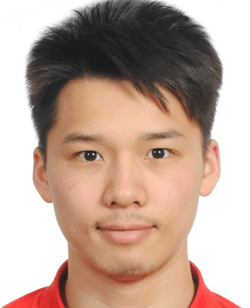