1470772440
at 1470772440 By: Nate Stuhlbarg
Share this
China's bid for an eight-discipline diving sweep stayed alive on Tuesday with a gold medal in the women's synchronized 10m platform

China's stretch of dominance in Olympic synchronized diving events continued on Tuesday when Chen Ruolin and Liu Huixia put on an impressive 354.00-point show for the gold medal.

The battle for third came down to the final three dives with North Korea, Canada and Great Britain all in contention for bronze. Canadians Meaghan Benfeito and Roseline Filion stood tall with the pressure on and reached the podium with 336.18 points while both North Korea's Kim Kuk-hyang and Kim Mi-rae (322.44 points) and Great Britain's Tonia Couch and Lois Toulson (319.44) faltered in their final attempt.

Americans Amy Cozad and Jessica Parratto, who were each competing in their first career Olympic event, finished in seventh place with a score of 301.02.

"In this event it really depends on the day. Tomorrow there could’ve been completely different results, especially in an event like women’s platform where we are all doing the same dives," Parratto said. "If you look at the podium, almost all of them are two or three-time Olympians. This is our first time at the Games. Give us four more years to build some experience."

"This competition meant a lot to me," she added. "I was disappointed my fourth round dive was a little bit of a miss and I did want to do better, but I have to think that I’m at the Olympic Games. I made it here with Amy and I couldn’t be prouder of the person I’m standing next to. I wouldn’t want to be here with anyone else, and I’m just excited I get another shot at competing (in the individual event)."

At 23 years of age, Chen has already etched her name in the Olympic record books. Tuesday's gold gives her five career Olympic gold medals in five career events, evening her with countrywoman Wu Minxia for the most diving golds won by an individual in Olympics history.

Chen, who was on the Chinese national diving team by age 11, also became the first non-teenager to take gold in the women's synchronized 10m platform.

The Chinese have now won gold in 16 of 19 events since synchronized diving was installed in the Olympics in 2000.

The diving pool at the Maria Lenk Aquatics Center, which was a pristine blue for the events on Sunday and Monday, took on a greenish hue overnight.

Green, not gold, was the color of the day at the Olympic diving venue in Rio de Janeiro

The women, including Parratto and Katrina Young of Team USA, will climb the platform again for the individual event beginning at 2pm ET on Wednesday, Aug. 17. 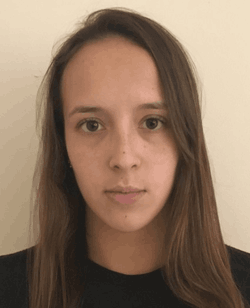