A tie. That's right. There was a tie for gold in the two-man bobsled on Monday in PyeongChang as Canda and Germany finished four runs with identical times, down to the hundredth of a second, in a thrilling race. With clutch, precise performances in their fourth and final runs, Justin Kripps of Canada and Francesco Friedrich of Germany led their sleds to gold in a razor-thin race. Alexander Kopacz joined Kripps in the Canadian sled and Thorsten Margis joined Friedrich.

Heading into the final run, only 0.13 seconds separated the top five spots -- and it somehow got closer in the final run. It was the first tie for gold in the bobsled since 1998, when sleds from Italy and Canada tied in the top spot. Coincidentally, that was the last time Canada won gold in bobsled before Monday in PyeongChang.

There was one other tie in bobsled in 1998: France and Great Britain shared bronze in the four-man competition. In 1968, West Germany and Italy tied after four runs, but Italy won gold thanks to a tiebreaker with the fastest single run. The Canada-Germany tie wasn't the first in PyeongChang -- Norway's Marit Bjorgen and Finland's Krista Parmakoski tied in the the women's 10km freestyle in cross-country skiing.

"I didn't know it was a tie at first," Kripps said. "I crossed it and I saw the '1' and I was celebrating. Then I saw Friedrich and Thorsten super-excited as well. I was like, 'Man, these guys are really excited for me!' And then I realized we tied. And I couldn't be more proud. Friedrich is one of the best of all time."

"It was wonderful," Friedrich said after the race. "Every year I fight to be better and better."

Oskars Melbardis piloted his Latvian sled to bronze with brakeman Janis Strenga. Team Germany, who impressed on this track in luge and skeleton, put two more sleds in the top five after not winning a medal in bobsled in 2014.

Justin Kripps’ sled took the lead after a near-flawless third run -- but the lead was only 0.06 seconds, and the four-time and reigning world champion sled piloted by Friedrich who just set a course record was in second. It was crowded and volatile at the top of the standings -- Nico Walther’s German sled, who led after two runs despite crashing across the finish line in Run 2, dropped from first to fifth on the third run. Walther's sled ended up fourth.

The final run separated the top five as the fifth-place German sled finished 0.28 back, but the top three finished within 0.05 seconds.

Olsen led the top American sled despite undergoing an emergency appendectomy less than two weeks ago. He drove four solid runs to give the U.S. a top-15 finish. The other two American sleds didn't make the cutoff of the top-20 to compete in Run 4, ending their two-man competitions after Run 3.

The U.S. isn't done with competition yet, however. All three pilots and brakemen will be back in the four-man competition. Cunningham is excited to get back on the track. "Every trip, even though they weren't my best pieces of work, we learned a lot from it," he told NBC's Lewis Johnson. " I hate to learn it in a race, but we did, and it's going to prepare us going into four-man. My guys are fired up, and I'm really excited to get into four-man."

The four-man bobsled competition begins on Saturday, Feb. 24, with Runs 1 and 2. You can watch the live stream here.

You can find complete results to the two-man competition here. 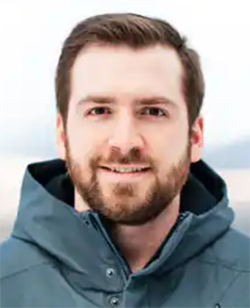